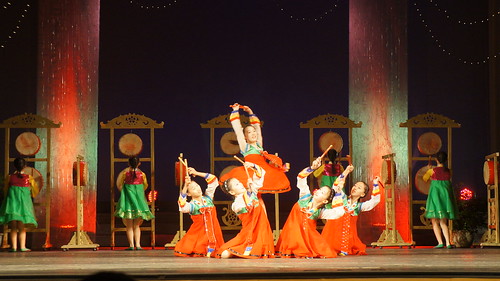 In living memory, the people of North Korea have endured an act of violence that's equivalent to the Holocaust. When the U.S. partnered with the right-wing south Korean dictator Syngman Rhee to provoke the Democratic People's Republic of Korea into war, the Americans took an approach to warfare that amounted to crimes of genocide under international law. By carpet bombing all the major cities in North Korea without exception, burning down every town in North Korea, and committing atrocities like pouring gasoline down air ducts and burning North Korean children alive, American troops killed 1.55 million innocent North Korean civilians. This amounted to a population loss of about one-fourth for north Korea.

The motivation behind the genocide wasn't just to weaken America's enemy by any means necessary. It was to punish the people of the DPRK for their rebellion against capitalism and imperialism. The DPRK, which had become its own socialist state in 1948 under the leadership of Kim Il Sung, was founded on the mission of carrying forth the communist mission of its former occupier the Soviet Union. Rhee, who had murdered many thousands of his political opponents for their leftist views, no doubt included the DPRK's socialist foundations in his rationale for planning an invasion of it. The U.S, which had begun its 20th century project of removing socialist governments from power by any means necessary, was glad to assist in this operation to violently enforce capitalism within the Korean Peninsula.

But the imperialists failed to destroy the DPRK, and this has given the country's people a chance to develop their war-ravaged land into a beautiful working example of a society that's adopted the Marxist governing model.

In a 1955 speech, Premier Kim Il Sung assessed that "To make revolution in Korea we must know Korean history and geography as well as the customs of the Korean people. Only then is it possible to educate our people in a way that suits them and to inspire in them an ardent love for their native place and their motherland." The solution to this that Kim came up with was Juche, the ideology that affirms North Korea's determination to remain politically independent, economically self-sustainable, and militarily self-reliant.

From these principles, North Korea has built a vibrant democracy, one where elections take place every five years as local, provincial, and national candidates from multiple parties are chosen in mass meetings. When there's only one candidate on the ballot, it's because a consensus has already been reached in the meetings on which candidate should be up for the nomination, and leaders can be recalled from their positions if the voters no longer want them in office.

Kim Il Sung was the last in his family to hold the position of North Korea's head of state, having been followed by presidents Kim Yong-nam and Choe Ryong-hae. Kim Jong Il and Kim Jong Un haven't occupied the same position as their father and grandfather, instead serving as international public faces of the DPRK who don't hold very much of the power over state affairs. Jong Un will likely be the last in his family to hold a major political position. By no honest definition is north Korea a totalitarian dictatorship, as it's characterized throughout the capitalist media; its electoral system is more democratic than that of the U.S, and its people have full freedom of speech, assembly, and demonstration.

Through this system of worker's democracy, the DPRK has created a social safety net which rivals that of the Scandanavian capitalist welfare states. The country has guaranteed employment, fully socialized education, and a political consensus where food, shelter, and healthcare are treated as human rights. Healthcare and education in the rural areas are improving by the year, and food security has been becoming less of an issue as the welfare system improves. Services like daycare and paid maternal leave are provided by the government for free. This distribution of resources is done through the Taean system, the model of workplace democratization that centers around electing factory committees designed to tackle problems of production. For this reason, the DPRK's system of production is indisputably socialist. And all of this has been done after the passage of the 1974 law that officially abolished the tax system in north Korea.

Disproving the anti-communist trope about socialism always leading to dictatorship, the DPRK has built a society where the criminal justice system is exceptionally humane and where the state apparatus has begun to whither away. People in north Korea don't lose any of their rights when they become convicted of most crimes, the country's penal system views practices like solitary confinement as cruel and unusual punishment, and the country doesn't have a juvenile justice system. And North Korea's increased decentralization of state authority in recent generations is moving the country towards a point where its 25 million people live in a thoroughly localized and egalitarian system. In other words, the DPRK has brought civilization closer than ever to realizing communism's goals.

In such a non-repressive country, the strongest political force is the people's culturally instilled mass motivation towards defending their society and working to advance Juche socialism. With unflinching detail, North Korea's museums honor the sanctity of the holocaust that the country's people experienced at the hands of American imperialism, and this gives the country's people motivation for maintaining a strong military culture and a popular embrace of socialist values. "Working with hammer and sickle in one hand and a rifle in the other" is a common saying in the DPRK, and it's easy to understand why there's an emphasis on the rifle.

Since the Korean War ended, the U.S. has been putting the DPRK under constant threat of another attack-one that could this time involve nuclear weapons. Using the dishonest narrative that Kim Il Sung's military action against South Korea was unprovoked, the U.S. and South Korea demonized the DPRK's leader as a bad actor who needed to be countered. Under this rationale, the U.S. violated the post-armistice agreement to not introduce new weapons into the war tensions, having set up a project to put nuclear launching centers within South Korea in 1956. For 69 years, the U.S. has been directing the threat of nuclear attack against North Korea, and it's been stationing troops near North Korea since the supposed end of the war.

The goal of all the propaganda that the U.S. and its allies put out about North Korea is to justify these aggressions by painting the DPRK as the one who's been responsible for the war tensions. Kim Il Sung, Kim Jong Il, and Kim Jong Un have been portrayed in the Western media as "dictators" who've erratically threatened a hapless United States with a nuclear attack, and all of the U.S.' violations of nuclear agreements with the DPRK, war provocations, sanctions designed to starve the North Korean people, and repeated refusals to negotiate with North Korea have been ignored. This war propaganda about the DPRK is reinforced by media stories about outrageous north Korean human rights abuses, which are produced by CIA psyop projects and are repeated by politically biased Western human rights organizations.

When John McCain has threatened north Korean "extinction," or when President Trump has threatened genocide against north Korea in a United Nations address, or when the U.S. media has systematically undermined politicall will for nuclear talks with north Korea, it's presented as a necessary response to the "crazy" Kim Jong Un. It's no wonder why a YouGov survey showed last month that 50 percent of Americans say they would approve of a "preventative" American nuclear first strike against the DPRK; the American people are by and large deeply indoctrinated with American exceptionalism, unaware of the details and nuances of foreign affairs, and paranoid about the nations that their media demonizes.

Despite this wall of hatred and lies that separates Americans from the North Korean people, their two societies have a strong kinship: their populations have both been traumatized by the violence of capitalism and empire. The United States, which was founded on slavery and on the genocide of its continent's Indigenous people, is now suffering under extreme economic inequality and a paradigm of violence that's perpetuated by the existence of its global empire. Americans are saturated in war propaganda, subject to the rule of a militarized police state, and under threat from police violence and frequent mass shootings. With its current profit-driven escalations of state violence against immigrants, America is once again revisiting the racism and exploitation that it's built upon.

The story of the DPRK shows us the way to get out of our hell. After fighting off the forces of Japanese colonialism and American imperialism, the north Korean people have created a society that's oriented around recognizing its own history and improving its material conditions by building socialism. Throughout this next century, we can follow a parallel path, which is the one of decolonization and socialist revolution.

This means carrying out an American anti-capitalist movement in the vein of Marxist-Leninism, one which puts the struggles of the Native American and African American people at the forefront. Through acknowledging the crimes that have been committed against these peoples in the name of capitalism and colonialism, we'll be able to create a society that applies its knowledge of history towards advancing the socialist movement.

Related Topic(s): North Korea, Add Tags
Add to My Group(s)
Go To Commenting
The views expressed herein are the sole responsibility of the author and do not necessarily reflect those of this website or its editors.