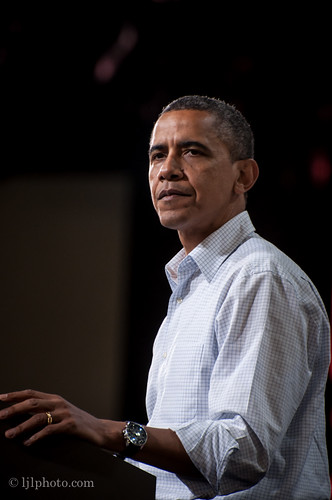 Let's get this straight: Donald Trump did something unbelievably stupid when he tweeted about the jobs report last Friday morning, 69 minutes before it was public. The president gets an advance copy of the report the night before, so he and his staff know what the country will be looking at the next day. They are supposed to keep it strictly secret until after its public release. In fact, the standard practice is that they don't comment on the report until at least an hour after the release.

The reason is obvious. The news in the report often moves financial markets. If the president can share information about the report with his favored audience then Donald Trump's friends will make money at the expense of everyone else's retirement accounts. For this reason, past presidents have been very careful to keep their mouth shut about the report until after it is available to the general public.

To try to divert attention from Trump's unmitigated stupidity last Friday, the Wall Street Journal ran a column by James Freeman, the essence of which is to say "Obama did it too." In fact, the evidence in the piece doesn't show this at all. Either Freeman is completely ignorant of procedures or dishonest.

Here are the four incidents (in reverse order) where Obama supposedly did it too.

"Did President Obama contribute to last Friday's stock market dive with a head fake to investors? Last Wednesday, in a speech at Pittsburgh's Carnegie Mellon University, the President said, 'After losing an average of 750,000 jobs a month during the winter of last year, we've now added jobs for five of the last six months, and we expect to see strong job growth in Friday's report.'

"Perhaps assuming that the President might have known something about the Department of Labor's monthly unemployment report scheduled for two days later, investors immediately bid up US stocks. On Wednesday, the Dow gained almost 226 points."

Well, we can't know what investors might have thought Obama was telling them with this comment, but he didn't have the jobs numbers on the Wednesday before the release. Maybe if a paper like the Wall Street Journal did a better job informing readers about how these reports are put together they would have known this fact. In any case, it would have been impossible for Obama to leak information he didn't have.

Then we get this one:

"Five months later in July of 2009, according to a speech transcript from Congressional Quarterly, Mr. Obama said that 'when we receive our monthly jobs report next week, it's likely to show that we're still continuing to lose far too many jobs.'"

Again, Obama would not have the monthly jobs report that was to be released "next week" in his possession. His comment reflected the same public information that was available to anyone who closely follows the economy.

Next, we have the very first release of his presidency.

"As it happens Mr. Obama had been discussing the forthcoming release long before midnight. On February 5, 2009, the Associated Press reported that in remarks to employees at the Department of Energy, Mr. Obama said, 'Tomorrow, we're expecting another dismal jobs report on top of the 2.6 million jobs that we lost last year. We've lost 500,000 jobs each month for the last two months.'"

Since the president doesn't get the report until the late afternoon or evening, unless he was keeping Energy Department employees for a late Thursday night talk, he again was speaking based on publicly available information. (For what it's worth, I remember that time well. Everyone expected another dismal jobs number.)

Dr. Dean Baker is a macroeconomist and Co-Director of the Center for Economic and Policy Research in Washington, D.C. He previously worked as a senior economist at the Economic Policy Institute and an assistant professor at Bucknell University. (more...)
Related Topic(s): Donald Trump Lies; Jobs; President Obama, Add Tags
Add to My Group(s)
Go To Commenting
The views expressed herein are the sole responsibility of the author and do not necessarily reflect those of this website or its editors.