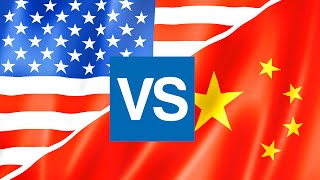 The New Silk Roads or Belt and Road Initiative (BRI) were launched by President Xi Jinping in 2013, first in Central Asia (Nur-Sultan) and then Southeast Asia (Jakarta).

One year later, the Chinese economy overtook the U.S. on a PPP basis. Inexorably, year after year since the start of the millennium, the U.S. share of the global economy shrinks while China's increases.

China is already the key hub of the global economy and the leading trade partner of nearly 130 nations.

While the U.S. economy is hollowed out, and the casino financing of the U.S. government repo markets and all reads as a dystopian nightmare, the civilization-state steps ahead in myriad areas of technological research, not least because of Made in China 2025.

China largely beats the U.S. on patent filings and produces at least eight times as many STEM graduates a year than the U.S., earning the status of top contributor to global science.

A vast array of nations across the Global South signed on to be part of BRI, which is planned for completion in 2049. Last year alone, Chinese companies signed contracts worth up to $128 billion in large-scale infrastructure projects in dozen of nations.

The only economic competitor to the U.S. is busy reconnecting most of the world to a 21st century, fully networked version of a trade system that was at its peak for over a millennia: the Eurasian Silk Roads.

Inevitably this state of things is something interlocking sectors of the U.S. ruling class simply would not accept.

Branding BRI as a "pandemic"

As the usual suspects fret over the "stability" of the Chinese Communist Party (CCP) and the Xi Jinping administration, the fact is the Beijing leadership has had to deal with an accumulation of extremely severe issues: a swine-flu epidemic killing half the stock; the Trump-concocted trade war; Huawei accused of racketeering and about to be prevented from buying U.S. made chips; bird flu; coronavirus virtually shutting down half of China.

Add to it the incessant United States government Hybrid War propaganda barrage, trespassed by acute Sinophobia; everyone from sociopathic "officials" to self-titled councilors are either advising corporate businesses to divert global supply chains out of China or concocting outright calls for regime change with every possible demonization in between.

There are no holds barred in the all-out offensive to kick the Chinese government while it's down.

A Pentagon cipher at the Munich Security Conference once again declares China as the greatest threat, economically and militarily, to the U.S. and by extension the West, forcing a wobbly EU already subordinated to NATO to be subservient to Washington on this remixed Cold War 2.0.