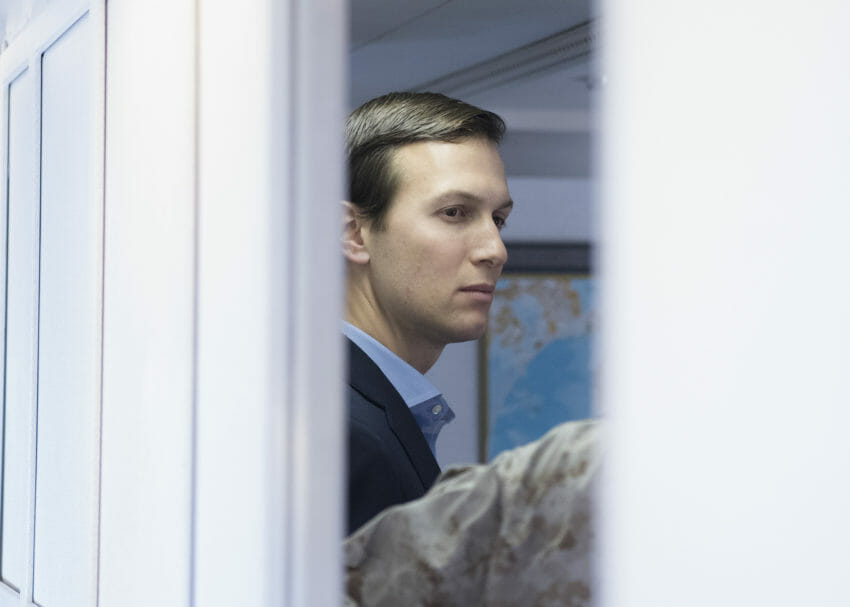 The Wall Street Journal yesterday trolled the Palestinians with a breathless headline that "some" Palestinians are giving up on having their own state.

Anyone who has been following the Palestine issue knows that for some time a plurality of Palestinians has swung behind a one-state solution and now want Israeli citizenship.

This result does not come from the dimming of nationalist aspirations but from the weary realism of a colonized people facing the best-armed army in the Middle East, which is backed by the world's sole superpower.

Being stateless was defined by Hannah Arendt as forfeiting the right to have rights. Faced with the possibility of achieving the rights of citizenship in any state and remaining stateless, the Palestinians prefer the former, as anyone would.

But that is not the same as accepting the stateless Bantustans proffered by Kushner.

Here is some Palestinian polling on these issues.

Here is what Palestinians actually think about the Trump/Kushner plan:

"An overwhelming majority (83%) believes that the Trump Administration is not serious about launching a new peace plan and 12% believe it is serious.

"A large majority of 79% believes that if the US does indeed offer a peace plan, it will not call for the establishment of a Palestinian state next to the state of Israel; 15% believe it will.

"A similar percentage (81%) believes that the plan will not call for a Palestinian capital in East Jerusalem; 14% believe it will.

"78% believe the Trump plan will not call for the borders of the Palestinian state to be based on the lines of June 1967 with minor mutual land swaps; 17% believe it will.

"An overwhelming majority of 84% believes the plan will not call for a just solution to the refugee problem; 10% believe it will.

"Similarly, 84% believe the plan will not call for the ending of the Israeli occupation and the withdrawal of the Israeli army from the areas occupied in 1967; 11% believe it will.

"79% believe that the Palestinian leadership should reject the US plan, if offered, and 14% believe it should accept it.

"But if the Trump plan does indeed include all such items, such as a Palestinian state with East Jerusalem as its capital, with borders based on the 1967 lines, a just solution to the refugees' problem, and an Israeli army withdrawal from the territories occupied in 1967, a majority of 52% calls for rejecting it and 43% call for accepting it. Call for accepting the plan is higher in the Gaza Strip, standing at 55% while the call for rejecting it is higher in the West Bank, standing at 59%.

Related Topic(s): Jerusalem; Nationalism; Palestinian; Polling; Rights Denied; State, Add Tags
Add to My Group(s)
Go To Commenting
The views expressed herein are the sole responsibility of the author and do not necessarily reflect those of this website or its editors.