I must start by clarifying: I am no fan of today's Democratic Party, and I strongly suspect the leftist hypothesis that today's "Jackass Party" is beyond reforming is most likely true. But until strenuously tested, it is merely a hypothesis, while the Left treats it as a religious dogma that must be protected from all rational scrutiny. 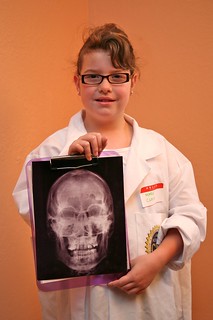 For the sake of our nation's common good--most likely for the sake of saving human civilization from encroaching climate destruction--I think we must expose the hypothesis that Democrats are beyond reform to testing by a purely rational experiment.

The experiment I propose is massive organized voter revolt, by means of Revolt Against Plutocracy 's Bernie or Bust pledge . If Democrats won't reform--say, by dumping Hillary Clinton for Bernie Sanders--in the face of massive organized voter rejection of Clinton, U.S. voters will have compelling public proof that the Left has been correct all along. In other words, voters will know as fact what the Left has long asserted as dogma: that the Democratic Party establishment is so addicted to feeding at the corporate trough that it's willing to sacrifice even the presidency for that purpose. To the extent that it will insist on nominating Hillary Clinton, the foremost exemplar of corporate trough-feeding, a presidential candidate diametrically opposed to the party's New Deal and Great Society heritage and largely detested by the party's progressive base.

Now granted, this is a social science experiment, one being conducted on an institution (the Democratic Party) whose own nature depends on changing human opinion, so the experiment lacks both the rigor and enduring validity that characterize the physical sciences. Perhaps a different experiment from the organized rejection of Hillary Clinton would yield a different result, or perhaps a similar experiment conducted years down the line (after opinion supporting the Democratic Party has had time to change) would again come out differently.

But social science experiments differ from physical science ones in another crucial way: that experimenters have far less control over establishing the best experimental conditions and must often wait on history to supply them. And often, what we need to know in a social science experiment is not whether a certain result will be possible years down the line, but whether it's possible now. I'd argue that the repeated long-term raising and quashing of populist hope , combined with the Democratic presidential run of a candidate (Bernie Sanders) sufficiently uncorrupted by money to work for that hope, offers the perfect experimental conditions for organizing massive voter revolt against the party establishment and testing whether this revolt has a reforming effect on Democratic Party behavior. If the party machine still pushes to nominate Clinton despite a massive refusal by its base to vote for her (as expressed in the Bernie or Bust pledge), we'll have compelling public evidence--as compelling as one can achieve in the social sciences--that the Left has been right all along in asserting the Democratic Party is beyond reform.

And we couldn't have that evidence at a better time than now, since the unwillingness of Democrats to reject "fossil fool" candidate Hillary Clinton, bought off by oil and gas money, means a "just plain silly" energy policy heavy on fracking, when it's imperative to keep 80 percent of fossil fuels in the ground. If the Democratic Party establishment is sufficiently hell-bent on maintaining its corruption to foist climate criminal Clinton on voters vehemently opposed to her, then that, alongside Republicans' outright climate change denial, is truly dismal news for humanity. But it's news both the climate movement and U.S. voters desperately need to know.

And, given voters' desperate need to know the truth about Democrats, we arrive at a very unflattering picture of the U.S. political Left, who'd rather treat Democrats' imperviousness to reform as religious dogma than risk putting it to a much-needed empirical test.

This dogma reflects, on the one hand, very bad will. Why? Because in a two-party system desperately needing reform (with the very climate at stake), the only obvious fast path to reform is to overhaul Democrats, the better of the two major parties. But the Left, ideally situated to exercise pressure on Democrats, instead prefers a self-righteous standoffishness from that party and blanket condemnation of its voters to trying to organize them to make demands on the party--demands which, if unmet, would prove to Democratic voters the party's incapacity for reform in a way leftists' mere preaching of their anti-Democrat gospel never could. Such as the demand made in the Bernie or Bust pledge: to nominate Bernie Sanders and reject Hillary Clinton--at the cost of pledgers voting Green or writing in Sanders if the demand is not met. At the small cost of potentially electing Sanders (a vastly superior candidate to any other with a shot at winning), the Left could have definitive public proof of what it claims to know anyway: that the Democratic Party establishment is too corrupt to let Sanders win.

For people so cocksure of knowing something--something I myself suspect is true--leftists seem very afraid (as I am not) of putting it to an empirical test. As stated, this reflects considerable bad will. For any good-willed person, knowing the urgency of reform, wants the Democratic Party to be reformable even if highly skeptical of that prospect. Any path to reform not involving reforming Democrats likely involves electing Republicans while a third party like the Greens becomes viable--at the price of considerable social pain, climate destruction, and (quite probably) protesters being labeled terrorists and hauled off to dark sites, or even shot in the streets. I personally see no potential avenue to reforming Democrats but a willingness to play "electoral chicken"--threatening to withhold votes from Hillary Clinton if she's nominated--but given the likely level of social pain involved, I fully understand why a man of conscience like Noam Chomsky encourages voters in swing states to vote for Clinton in the general election if she's the nominee. But without such organized electoral chicken, what real prospect do progressives (above all, climate justice ones) have of exercising any influence over Clinton, who will drop all pretense of being progressive and will simply "guilt" progressives with lesser-evil argument (probably even citing Chomsky) once she's the nominee?

But beyond bad will, leftists' unwillingness to put their dogma of Democrats' incapacity for reform to an empirical, voter-convincing test reveals the Left's loss of any instinct for political organizing. For Sanders supporters, especially young ones (many, veterans of the Occupy movement), have poured immense energy and enthusiasm into his campaign. And beyond that energy and enthusiasm, what makes Sanders supporters such ripe subjects for leftist organizing, is that Sanders places strong emphasis on the need for political revolution.

Granted, Sanders' view of revolution may be a laughably tame one; but frankly, the only fault I find with it is his persistent unwillingness to identify Clinton and the Democratic Party establishment as outright enemies of the needed revolution. Given the increasing nastiness and dishonesty of the pro-Clinton party establishment's attacks on Sanders , along with the undemocratic measures they've taken from the get-go to sabotage his campaign and thwart his nomination, convincing Sanders supporters that Clinton's the foremost enemy of his revolution should not be terribly hard. Yet failure to do so, should Clinton win the nomination and Sanders then endorses her (as he's virtually certain to do), will cause his supposed revolution to disappear without a trace once she's nominated; one can't simultaneously endorse a candidate and make that candidate a target of revolution. The sad truth about Bernie is that of his conflicting beliefs in lesser-evilism and revolution, revolution is the one he's willing to sacrifice. But the Left should have seen, as Revolt Against Plutocracy did, the immense opportunity to organize the undoubtedly large number of his supporters who feel Bernie should have sacrificed lesser-evilism instead. What, after all, is the point of invoking political revolution you intend to call off within months if you're not nominated? Yet the Left still has the prospect of organizing Bernie's revolution-minded supporters--by putting its resources behind the Bernie or Bust pledge .

Whether the Left exploits this unique organizing opportunity--to build a movement that could endure and grow no matter who gets elected--is ultimately a choice between science and religion. As philosopher Daniel Dennett notes in his book Breaking the Spell , a chief function of the concept of "the sacred" is to forbid empirical investigation of religious beliefs. In leftists' refusal to support demands that put the Democratic Party to the test--even though Democrats failing that test could reward the Left (and the Green Party) richly--I see an equally dogmatic defense of leftists' sacred, identity-giving belief that Democrats are beyond reform. And the related dogmatic belief that any candidate running as a Democrat must be denied support--even if he's attempting a hostile takeover of the party. Yet only by putting their religious dogma to an empirical test--whether the Democratic establishment still embraces Clinton despite organized voter rejection--can leftists hope to exploit the unique organizing opportunity Sanders' candidacy offers.