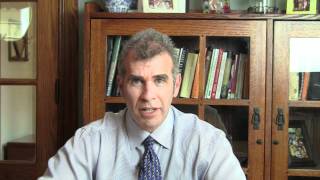 Freshman orientation, Columbia University, New York City, Fall 1981: Now as then, there were speeches. A blur of upperclassmen, professors and deans welcomed us, explained campus resources and laid out dos and don'ts. At one point, the topic of the campus drug policy came up. "You can do whatever you want in your dorm room," we were told, "just make sure it's OK with your roommate." A ripple of surprise swept the audience. Several students asked for elaboration of this don't-ask-don't-tell policy on illegal narcotics, and were told that they'd heard correctly.

One of my friends, who grew pot plants in his window, proved the wisdom of that advice. My pal's Born Again Christian roomie, not consulted about his grow house scheme, attacked him in what became a legendary fistfight out of a Western.

No one was arrested, though there was a stern talking-to courtesy of the R.A.

The weird alternative universe of law on campus is in the headlines again due to Education Secretary Betsy DeVos' announcement that the Trump Administration plans to rewrite Obama-era Title IX rules to give male students accused of rape on college campuses more rights to defend themselves.

Under a 2011 directive university administrators were advised that their institutions could lose federal education funding unless they reduce the evidentiary standard for finding a defendant student guilty of sexual misconduct from "beyond a reasonable doubt" (the same as in criminal courts, in which jurors are asked to be roughly 90% or more certain of guilt to convict) to the lower "based on the preponderance of the evidence" standard used in civil courts (50% or more).

Victims rights advocates say campus rape is an epidemic problem, that local police can't be trusted to take rape charges seriously or prosecute them aggressively, and that the relatively friendly campus tribunals of administrators operating under the lower standard of proof mandated by Title IX are necessary to encourage victims to step forward.

Men counter that those accused of rape shouldn't lose their rights when they step on a college campus, and that innocent defendants have been railroaded by kangaroo courts in which they're not allowed to have a lawyer or, in some cases, to present their full defense.

DeVos referred to the bizarre case of a USC football player expelled for abusing his girlfriend even though she insists there was no abuse. This followed the news that the rape defendant in the notorious 2015 "mattress case" in which his alleged victim carried her mattress around campus and to her commencement ceremony had earned a measure of vindication earlier this year when the university paid him to settle his lawsuit and issued a statement declaring that, after years of being publicly rape-shamed in international media, he had done nothing wrong after all.

Like students at colleges and universities across the United States, I was stunned to learn that college campuses are sort of like Native American reservations: zones where the law applies theoretically but in practice is systematically ignored or enforced at significant variance to the way things go in the outside world.

The shooting of a motorist on a city street off campus by a University of Cincinnati police officer highlighted the fact that two out of three colleges have armed police forces -- and that some of these campus cops are told they have the right to arrest, and even shoot, non-students in surrounding neighborhoods.

At least today's colleges aren't brazenly stealing land from public parks, as Columbia did in 1968 when it began construction on a gym in Manhattan's Morningside Park. (The land grab sparked a riot and iconic student takeover of campus.)

The debunking of that big Rolling Stone piece about a supposed rape at UVA aside, it doesn't take a statistician to grok that college campuses, with their witches' brew of young people out on their own for the first time, minimal adult supervision and free-flowing booze set the stage for date rape as well as sexual encounters where consent appears ambiguous. The question is: should college administrators substitute for cops and district attorneys in the search for justice? Emily Yoffe's Atlantic series on DeVos' proposal strongly suggests no.

Yoffe portrays a system that encourages males to feel victimized by being considered guilty until proven innocent. "To ensure the safety of alleged victims of sexual assault," she writes, "the federal government requires 'interim measures' -- accommodations that administrators must offer the complainant before any finding of responsibility, including steps to ensure that she never has to encounter the accused" Common interim measures include moving the accused from his dormitory, limiting the places he can go on campus, forcing him to change classes, and barring him from activities. On small campuses, this can mean his life is completely circumscribed. Sometimes he is banned from campus altogether while awaiting the results of an investigation." This is an injustice, and saying it's necessary in order to protect victims doesn't change that.

Related Topic(s): College; Guilt; Law Enforcement; Misconduct; Rape, Add Tags
Add to My Group(s)
Go To Commenting
The views expressed herein are the sole responsibility of the author and do not necessarily reflect those of this website or its editors.