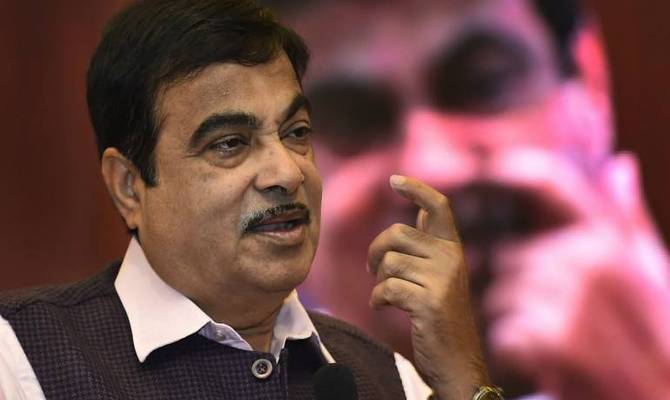 Indian Express has a massive interview of Union Minister Nitin Gadkari in its edition today (March 23, 2019). For those interested in going through the entire interview, one needs to log on to their website. Apparently, the one in print is an abridged version.

This is how ethical journalism should be but since I feel I am good at second guessing Lutyens Media, I chose to first read the print version and then compare it with the online version.

My antennae goes up when I see a major BJP leader covered or interviewed in Lutyens Media. The first thing which draws my attention is inane headlines, so boring that no reader would take the trouble of reading the stuff. This is against the basics of journalism where you base your headline on the most interesting bit in the text so that readers are drawn to it. Indian Express takes the complete opposite. (If I am the reporter, as the usual hit-man Ravish Tiwari and Liz Mathew is in this case, I would certainly make it an issue in the editorial room. What the hell, you don't get to interview Gadkari every day.)

Take the instance of Gadkari interview today: The headline is: "I believe that in a democracy, there can be matbhed but not manbhed (difference in opinions but not hearts)." Who would like to read the text of such a boring headline? More so when the entire interview is devoted to spicy questions such as BJP dropping seniors for 2019 general polls; making national security the main political discourse; farmers' issue; suppression of data; and painting a "credible" opposition as "anti-national".

There are pointed questions on the supposed Modi-Gadkari divide. Sample: "Could you be the choice in case NDA doesn't get majority?" or "You were brought to control BJP leaders (read Modi) from being authoritarian?" Yet it didn't merit the headline.

Damn it, isn't this the classic headline that Indian Express could've plastered on front page?: "Many in RSS eat mutton, says Gadkari" (it was news, to me at least). But the Indian Express chose the "mathbhed-manbhed" (difference in opinion not hearts) nonsense.

As I had suspected, among other omissions in the print version compared to the online one, this particular print-omitted question and its answer caught my attention (I am sure readers too would like to know its answer from no less a man than the Union Minister for Road, Transport and Highways). So here it goes:

Q: People are doubting the figure of 7-percent GDP growth because as peer the Chinese index (sic, mine), there are three key parameters in an economy-power production, freight movement and the quantum of loan in the economy. In all these parameters in India, there doesn't seem to be any growth that reflects the 7-percent claim?

A: Our ports are in Rs 7,000 crore profit. Now we have also started inland waterways... there has been work in all sectors... Take the steel industry. We imposed import duty on Chinese steel and that proved to be a boon... My assessment is that we will hit the 7.5-percent growth rate in another one year.

So a senior union minister, who is Modi's alternative in PM's seat as per the newspaper, predicts a 7.5-percent GDP growth but that's not worth the headline. Not worthy of even putting it in print edition.

So folks, take the trouble of reading all speeches/press conferences/interviews of BJP leaders in full despite inane headlines. Lutyens Media would do its best to present you a sanitized or boring version. But don't you fall for that. Be the "Readers of Courage" and pay attention at least till the polls are over. It would be great fun, I promise.

Related Topic(s): Courage; Democracy; Economy; Journalism; Media, Add Tags
Add to My Group(s)
Go To Commenting
The views expressed herein are the sole responsibility of the author and do not necessarily reflect those of this website or its editors.