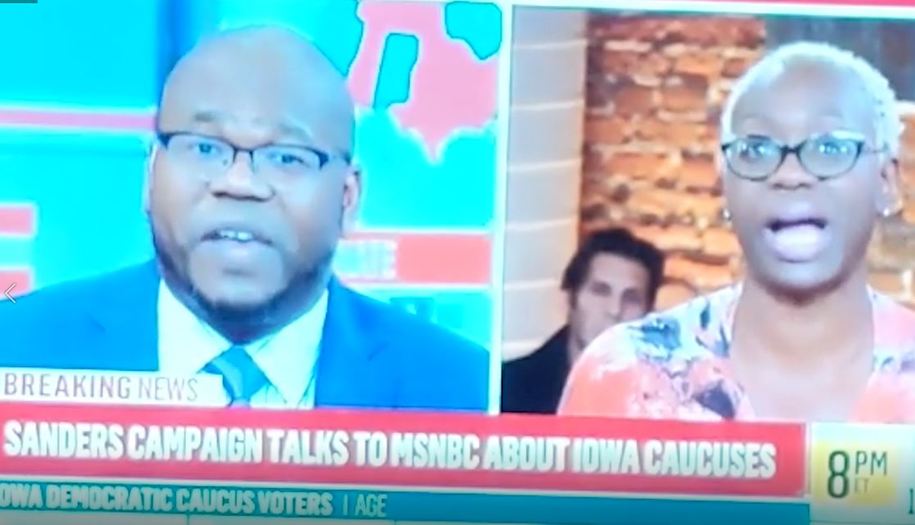 Bernie Sander's surrogate Nina Turner did not let MSNBC pundit Jason Johnson get away with challenging her notion that Mike Bloomberg is an oligarch buying his way into the Democratic Presidential Election.

Turner complained that Bloomberg was buying his place in the Primary and then called Bloomberg an Oligarch. Chris Matthews took exception to her assertion.

"We should be ashamed of that as Americans, people who believe in democracy," Nina Turner said. "That the oligarchs, if you have more money, you can buy your way."

"Do you think Mike Bloomberg is an oligarch," Matthews asked.

She subsequently said that he is buying his way into the debates.

Chris went back to Williams, who passed the baton to pundit Jason Johnson who expressed righteous indignation against Turner calling Bloomberg an oligarch. The professor should know better. If former president Jimmy Carter could recognize that America has transitioned into an oligarchy, a professor ought to know better.

That would not be the end of the discussion as MSNBC brought back Nina Turner to challenge Johnson's challenge. She let him have it as she pointed out his elitism and shock that he would be defending the wealthy.

Nina Turner is a fighter. In these times it is essential that one leaves no form of false righteous indignation unchallenged.

Related Topic(s): Nina Turner, Add Tags
Add to My Group(s)
Go To Commenting
The views expressed herein are the sole responsibility of the author and do not necessarily reflect those of this website or its editors.