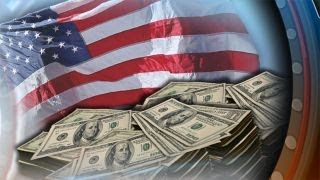 Will the elimination of SALT impact the rich?
(Image by YouTube, Channel: Fox Business)   Details   DMCA

Last month New York State gave a big middle finger to Donald Trump and the Republican Congress. It included measures in its budget bill that will allow people in the state to get around the new tax law's limit on the deductibility of state and local taxes. This could save the state's ability to maintain and extend its level of public services.

A provision in the Republican tax overhaul bill limits the amount of state and local taxes (SALT) that could be deducted from federal income tax to $10,000. In a relatively high-tax state like New York, many families have state and local taxes that far exceed this amount. The capping of the SALT deduction is a Republican effort at the federal level to deny states the revenue they would need to maintain and extend current levels of public services. This is why the workarounds designed by Gov. Andrew Cuomo's administration are a big deal.

While the people who will be affected by this cap are mostly higher-income families, its impact would be felt statewide. New York has a relatively progressive income tax, with the highest income families facing an 8.2 percent income tax rate.

While it is a safe bet that people never like to pay taxes, the deduction against federal taxes made the state income tax less costly, especially for high-income people. With a top federal income tax rate of 39.6 percent, the SALT deduction effectively meant that the federal government was reimbursing 40 cents of every dollar that high-income people paid in state and local taxes. This meant that the top New York tax rate of 8.2 percent, was really a tax rate of 5 percent (60.4 percent of 8.2 percent), after factoring in the deduction on federal taxes.

By limiting the SALT deduction, the Republican tax bill changes this arithmetic. Higher income families will now pay 100 cents on the dollar of any additional taxes imposed by state and local governments. This restriction was explicitly included in the bill to make it more difficult for states like New York to maintain a high level of social services.

Republican congressional lawmakers assumed that limiting the deduction would make high-income people more resistant to any future tax increases and may even cause them to push for tax rollbacks. In a context where progressive change is unlikely to come out of Washington in the foreseeable future, measures like extending health care coverage, affordable child care and free college are most likely to advance at the state level. New York's work around is leading the way for other states that will be penalized by the tax law.

While there are two distinct measures in the state's budget for getting around the SALT limit, the more important measure replaces a portion of the state income tax with an employer-side payroll tax. Under this plan, an employer would pay a 5 percent payroll tax to the government, similar to the employer-side payroll tax they pay now at the state level for workers' compensation and unemployment insurance and at the federal level for Social Security and Medicare.

Economists typically expect that an employer-side payroll tax will come out of wages. They don't care whether they pay wages to the worker or taxes to the government. This means that if an employer paid a 5 percent payroll tax on a worker's $200,000 salary, this amount ($10,000) would come out of the workers' paycheck. Instead of $200,000 a year, this worker would get $190,000 a year.

While it might have been desirable to make this tax switch mandatory, New York's law is voluntary for employers for political reasons. Several commentators have claimed that few employers are likely to take advantage of this switch because it is too complicated.

A factor suggesting that the switch will be widely adopted is the popularity of Flexible Savings Accounts (FSA). These accounts allow workers to put aside pre-tax dollars to cover medical bills, effectively saving the income and payroll taxes they would otherwise pay on this money.

There is a considerable amount of paperwork involved in documenting expenses for FSAs. Also, money that is not spent at the end of the year is lost. Furthermore, relatively low caps mean the potential savings are limited, typically to a few hundred dollars a year.

Nonetheless, FSAs are very popular. By comparison, the payroll tax shift requires just a one-time adjustment by the employer (like the one they just did for the new tax law). The potential gains are far larger with the employer-side payroll tax; as noted in the example here, the worker could save $3,200 a year on her federal taxes.

Dr. Dean Baker is a macroeconomist and Co-Director of the Center for Economic and Policy Research in Washington, D.C. He previously worked as a senior economist at the Economic Policy Institute and an assistant professor at Bucknell University. (more...)
Related Topic(s): New York State; Republican Tax Plan; Salt Tax, Add Tags
Add to My Group(s)
Go To Commenting
The views expressed herein are the sole responsibility of the author and do not necessarily reflect those of this website or its editors.