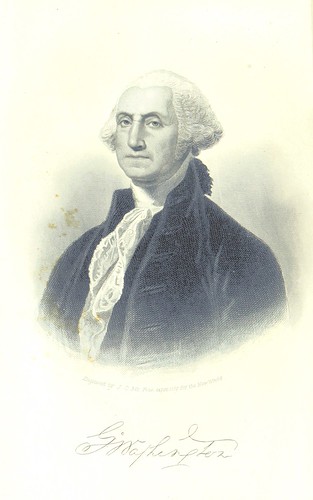 From flickr.com: Image taken from page 8 of 'An Illustrated History of the New World: containing a general history of all the various nations, states, and republics of the Western Continent. Comprising the earliest discoveries
(Image by The British Library)   Details   DMCA

It is time to form a new nation and a new constitution now, grounded in love and compassion, participatory democracy, and fairness to all--the earth, other nations, and all sentient beings.

It is time to form a new nation that will repent of its historical and collective sins.

It is time for a new nation that will vow to make the world anew, with a new vision and a new hope and a purified heart.

We no longer have to be a nation that thrives from capitalism, imperialism, patriarchalism, nationalism, and racism.

In the book Why the Dalai Lama Is A Socialist by Terry Gibbs, the book reminds us on page 2, "While the Western consumer lifestyle rooted in the growth economy is vigorously promoted around the globe, it is estimated that more than 4 planets would be required to sustain this lifestyle for everyone in the world. And, as we are rapidly realizing, global warming, environmental degradation, and species extinction are the inevitable fallout of our global consumer society run amok."

Of the various choices available, I know I would choose Buddhist Socialism over Christian Capitalism. But there could be Christian Socialists also.

A new constitution can empower the people, not the top one percent. A new constitution could allow the empowerment of multiple political parties, not just the two corporate-owned capitalist parties, controlled by the combination of the one percent, the Deep State, and the Shadow Government. Empowering equally the 7 largest national political parties would be a nice number to strive for.

We can create a world of peaceful nations and stop the constant warmaking caused by capitalism, imperialism, patriarchalism, nationalism, and racism.

But we have to love all and exclude none. In that time and moment, we will realize our interdependence, unity, and oneness. We will understand the alienation caused by our global consumer lifestyles. We will realize that we are on this planet together.

This world functions as an organism, for better or worse, and we can improve its structure and functioning. We can create harmony as we plan 7 generations into the future, as indigenous cultures tried to tell and show us.

With all-time heat records set all over the world during this past week, we have to act now. If we are in a daze of delusion, we have to wake up.

The worldview and lifestyle of Buddhist Socialism is the best way I can think of to find inner peace and achieve world peace: We can reduce vast individual suffering with Buddhism and vast social suffering through democratic, compassionate socialism.

Related Topic(s): Alienation; Buddhism; Capitalism; Compassion; Constitution The; Democratic; Harmony; Lifestyle; Parties; Peace; (more...) Socialism; Suffering, Add Tags  (less...)
Add to My Group(s)
Go To Commenting
The views expressed herein are the sole responsibility of the author and do not necessarily reflect those of this website or its editors.