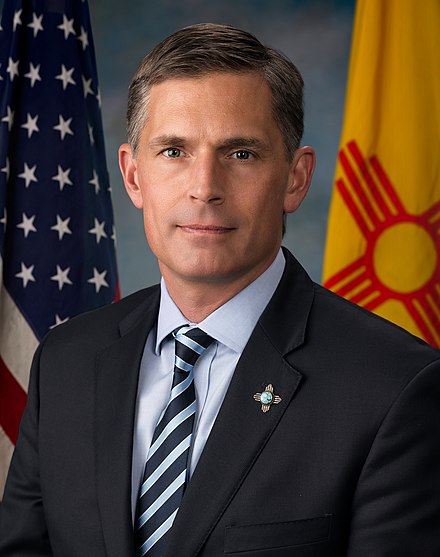 Like many of you, I have spent the last weeks listening closely as both sides presented their cases in the Senate impeachment trial. Now that we have wrapped up the questioning portion of the trial, I wanted to share my thoughts on where we should go from here.

The House impeachment managers presented us with the facts they gathered through their investigation and laid out their case in methodical, painstaking detail. According to their case, President Donald Trump abused the powers of his office to pressure a foreign nation to help him cheat in the next election. He illegally withheld military aid from an American ally, a fragile democracy fighting a war against an adversary of the United States. When he was caught, he tried to cover it up by suppressing documents and preventing witnesses from testifying before Congress and the American people.

The president's defense team had every opportunity to show us evidence that would contradict the underlying evidence or dispute the fact pattern of the House managers' allegations. But if there is exculpatory evidence that would give us reason to doubt the clear-cut narrative of the House's case, they never produced it. Instead, they shifted their defense further and further away from the facts and toward an extreme legal philosophy that would allow any president to act above the law. After all of this, Senate Republicans and President Trump's lawyers continue to say we don't need to see documents or hear from witnesses who could help us gain a fuller understanding of the truth.

A real trial requires witnesses and documentary evidence. It seems as though every day there are new revelations about what the president did and why. The Senate and the American people have a right to hear directly from witnesses like former National Security Adviser John Bolton. Any Senate Republican that remains opposed to allowing witnesses and documents will be participating in a White House sponsored cover-up.

Throughout this impeachment trial, I've thought a lot about what America stands for. As the son of an immigrant, whose family came to the United States from Germany in the 1930s, for me, America stands as a shining beacon of liberty, equal justice, and democracy. We are a nation forged by a revolution against kings. We are a nation founded by the ratification of the most radically democratic document in history, the Constitution of the United States of America. Our Founders acted with courageous faith when they established a democratic republic governed not by absolute monarchs, who acted with impunity and with no accountability, but by elected officers who answer to and work exclusively for "We The People."

Nearly two and a half centuries later, generations of Americans have struggled and even sacrificed their lives to defend and perfect that bold vision. That very same democratic republic--where no one is above the law and where our elected leaders serve only "We The People"--is what has been on trial these last weeks. The Senate has a duty under the Constitution and a responsibility to all Americans--those who came before us and those we represent today--to treat this vote with the weight it demands.

That's why we must call witnesses and documents.

We have to get this right.

Related Topic(s): Impeachment Trial; Us Senator Martin Heinrich, Add Tags
Add to My Group(s)
Go To Commenting
The views expressed herein are the sole responsibility of the author and do not necessarily reflect those of this website or its editors.