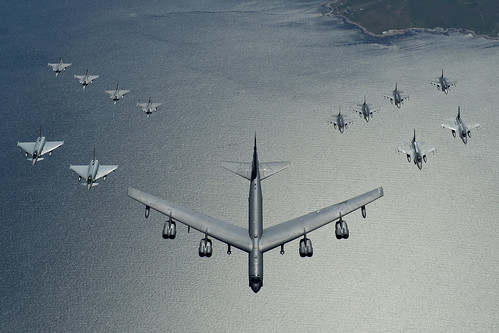 "Defence cooperation between Lithuania and the United States remains particularly strong and intense, and deployment of a new rotation of the U.S. Battalion affirms again the strength of the Lithuanian-U.S. defence cooperation. The U.S., as well as NATO, presence is a critical factor for our security," Minister of National Defence Raimundas Karoblis highlighted.

The 2nd Brigade, 69th Regiment, 2nd Battalion is planned to rotate out and to be replaced by next heavy U.S. battalion in November, the new rotation will stay until the end of June.

As we know, Lithuania seeks to ensure that American forces are able to train effectively, to maintain readiness, and to serve as a deterrence in Lithuania, therefore national defence budget is used to expand military training areas and improve their infrastructure.

It can accommodate up to 500 soldiers, it will have a canteen, administrative, technical, welfare, and other spaces, sanitary components, storages, car pool, administrative and maintenance areas.

Thus, the construction of new container filed camp in Pabrade allows to increase possible number of American troops to 2,000 soldiers. As a fact, a high concentration of American contingent in Lithuania could be regarded by the neighbouring states as a source of military threat in case of political tension or worsening of the international situation.

Related Topic(s): Infrastructure; Military Coups; Military Deployment; Military Massacres; NATO; Other, Add Tags
Add to My Group(s)
Go To Commenting
The views expressed herein are the sole responsibility of the author and do not necessarily reflect those of this website or its editors.

Big military budget is a pain in the neck for Lithuanians

China and India are on the verge of war

NATO military spending: Baltic States are at the top