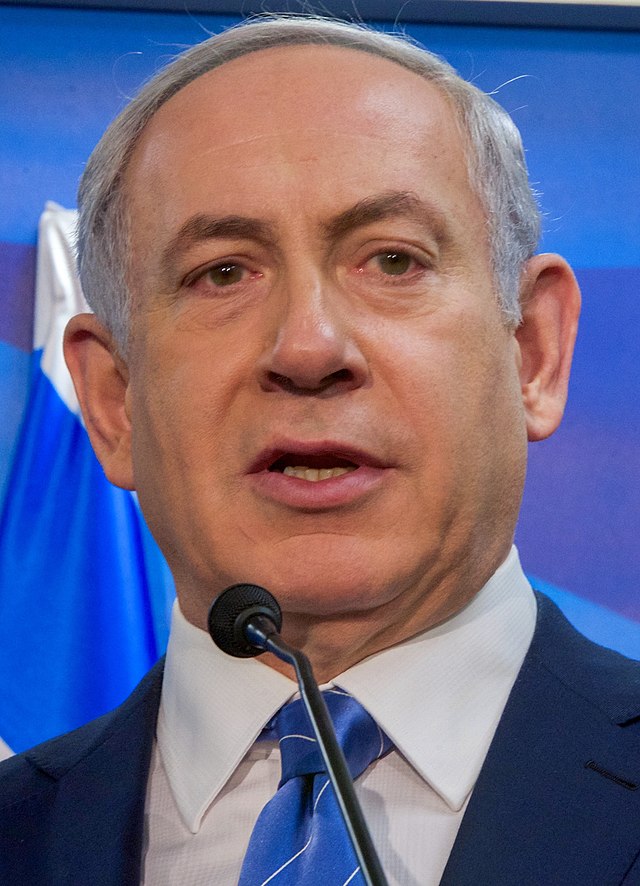 Israeli prime minister Benjamin Netanyahu is in danger of being brought down, possibly soon, over what initially appears to be little more than an imprudent taste for Cuban cigars and pink champagne.

In truth, however, the allegations ensnaring Netanyahu reveal far more than his personal flaws or an infatuation with the high life. They shine a rare light on the corrupt nexus between Israel's business, political and media worlds, compounded by the perverse influence of overseas Jewish money.

Of the two police investigations Netanyahu faces (there are more in the wings), the one known as Case 1000, concerning gifts from businessmen worth hundreds of thousands of dollars, is most likely to lead to his downfall.

But it is the second investigation, Case 2000, and the still-murky relationship between the two cases, that more fully exposes the rot at the heart of Israel's political system. This latter case hinges on a tape recording in which Netanyahu plots with an Israeli newspaper tycoon to rig media coverage in his favor.

Leads from both cases suggest that Netanyahu may have been further meddling, together with his billionaire friends, in the shadowy world of international espionage.

Netanyahu's appetite for a free lunch has been common knowledge in Israel since his first term as prime minister in the late 1990s. Then, he was twice investigated for fraud, though controversially charges were not brought in either case. Police discovered along the way that he and his wife, Sara, had horded many of the gifts he received during state visits. More than 100 were never recovered.

The clarifications that were issued more than 15 years ago, as a result of those investigations, make it hard for Netanyahu to claim now that he did not understand the rules. According to justice ministry advice in 2001, government and state officials cannot keep gifts worth more than $100 without risking violating Israeli law.

The gifts Netanyahu received from one of the Israeli businessmen involved in Case 1000, Hollywood film producer Arnon Milchan, amounted to as much as $180,000. Netanyahu has argued that these presents, ranging from cigars to jewelry, were expressions of a close friendship rather than bribes to him in his capacity as prime minister.

The problem, however, is that Netanyahu appears to have reciprocated by using his position as head of the Israeli government to lobby John Kerry, the then U.S. secretary of state, to gain Milchan a 10-year U.S. residency visa. He may have done more. We will return to that matter later.

Also being investigated are his family's ties to a friend of Milchan's, Australian billionaire James Packer, who made his fortune in the media and gambling industries. Packer has similarly lavished gifts on the Netanyahu family, especially Yair, Netanyahu's eldest son.

At the same time, Packer, now a neighbor of the Netanyahus in the coastal town of Caesarea, has been seeking permanent residency and the enormous benefits that would accrue with tax status in Israel. As a non-Jew, Packer should have no hope of being awarded residency. There are suspicions that Netanyahu may have been trying to pull strings on the Australian's behalf.

Many of these gifts were apparently not given freely. The Netanyahus asked for them. Indicating that Netanyahu knew there might be legal concerns, he used code words -- "leaves" for cigars and "pinks" for champagne -- to disguise his orders to Milchan.

Police are reported to be confident, after questioning Netanyahu three times, that they have enough evidence to indict him. If they do, Netanyahu will be under heavy pressure to resign.

Disturbing as these allegations of corruption are, Case 2000 indicates that this is about more than one prime minister's dubious ties to wealthy patrons.

Related Topic(s): Benjamin Netanyahu; Corruption; Investigation; Israel; Mossad, Add Tags
Add to My Group(s)
Go To Commenting
The views expressed herein are the sole responsibility of the author and do not necessarily reflect those of this website or its editors.