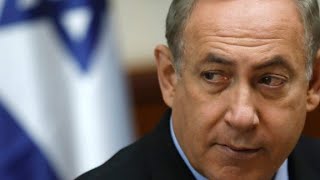 Israel's crackdown on access to Al-Aqsa Mosque compound after two Israeli policemen were killed there last month provoked an eruption of fury among Palestinians in occupied Jerusalem and rocked Israel's relations with the Arab world.

Three weeks on, the metal detectors and security cameras have gone and, for now at least, Jerusalem is calmer.

But the shockwaves are still reverberating and are being felt most keenly far away in northern Israel, in the town of Umm al-Fahm. The three young men who carried out the shootings were from the town's large Jabareen clan. They were killed on the spot by police.

Umm al-Fahm, one of the largest communities of Israel's 1.7 million Palestinian citizens, a fifth of the population, had already gained a reputation among the Jewish majority for political and religious extremism and anti-Israel sentiment.

In large part, that reflected its status as the home of the northern branch of the Islamic Movement, led by Sheikh Raed Salah.

In late 2015 Israel's prime minister, Benjamin Netanyahu, outlawed the movement as a "terrorist" organization, despite his intelligence agencies failing to find evidence to support such a conclusion.

More likely, Netanyahu's antipathy towards Salah's group, and Umm al-Fahm, derives from its trenchant efforts to ensure the strongest possible presence of Muslims at Al-Aqsa.

As Israel imposed ever tighter restrictions on Palestinians from the occupied territories reaching the mosque, Salah organized regular coaches to bring residents to the compound from Umm al-Fahm and surrounding communities.

Nonetheless, the three youths' attack at Al-Aqsa last month has served to bolster suspicions that Umm al-Fahm is a hotbed of radicalism and potential terrorism.

That impression was reinforced last week when the Israeli authorities belatedly handed over the three bodies, at judicial insistence, for burial.

Although Israel wanted the funerals as low-key as possible, thousands attended the burials.

Moshe Arens, a former minister from Netanyahu's Likud party, expressed a common sentiment this week: "The gunmen evidently had the support of many in Umm al-Fahm, and others seem prepared to follow in their footsteps."

Yousef Jabareen, a member of the Israeli parliament who is himself from Umm al-Fahm, said such accusations were unfair.

Related Topic(s): Citizenship; Conflict; Israel; Jerusalem; Land Grab; Palestinian State, Add Tags
Add to My Group(s)
Go To Commenting
The views expressed herein are the sole responsibility of the author and do not necessarily reflect those of this website or its editors.