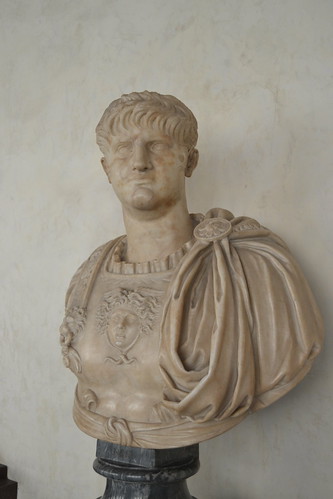 Nero would be proud. We, too, fiddle as Rome burns.

Naturally, it is important to focus on the day-to-day events of our time, but if we neglect a deep and long-term understanding of what is happening on our planet, we might as well not bother with the immediate goings-on.

For the most part, many of us spend our time and thought consumed by our personal concerns, as well as mulling over the events and politics of the day. Naturally, the powers that be and the bought-and-sold media are filling our minds with bread and circus. At this level. recent calamities such as 9/11 and the Covid horror-show, can be viewed as "weapons of mass distraction."

Those in power are going out of their way to cover up two primary realities. The first is how dangerously close we are to the collapse of our world-systems. It would appear that current circumstances are only the beginning of a decades-long extinction event (see Choosing Earth by Duane Elgin and Active Hope by Joanna Macy).

Stephen Jenkinson has spoken about the etymology of the word catastrophe. In the Greek language the first syllable, cata, implies a descent, a going downward and inward. It is a descent with a purpose. Strophe is a suffix that relates to the early technology of weaving, such as making a rope ladder. So, the fullest meaning of the word, he says, is that catastrophe is a descent with a path that has been woven before you were aware of it and that you didn't seek.

Catastrophe is, therefore, both an opportunity and an obligation to descend beneath what the culture is comfortable with - into the depths of one's own being and the actual nature of our world. We may be stretched to the max in this descent, but the fact is that other people before us, in other desperate times, have taken this path.

It is important to remember that initiation (planetary as well as individual) is always a brush with death, and there is no guarantee that the initiate will physically survive. Yet, as indigenous tribes know, it is essential for maturity.

While New Age memes insist that all will be well - and soon - we can remember that no enlightenment is possible without the endarkenment that comes with the visceral experience of the shadow and the dreadful ordeals that accompany the death of the ego.

The second factor is the presence of extra-terrestrial beings who have mastered energy sources that could greatly contribute to solving our "world problematique:" e.g., no more wars for oil, and free energy for the entire world. My understanding is that this is far from a wish-fulfilling fantasy. It is our present reality.

The ET matter has been one of the most highly classified matters for decades. The strategies for deflecting attention away from it have included mocking, peripheralizing and ridiculing citizen researchers outwardly, while the military-industrial complex has remained "obsessed" with this issue. Many of us have internalized this strategy, telling ourselves that only "tin-foil-hat-wearing" (crazy) people would give this phenomenon any credence.

Paul Hellyer, Canada's former minister of defence, has blasted governments' secrecy, and more than 65 years of alleged lies, compartmentalization and disinformation. He demands full disclosure of what is known about visitors from other realms, their technology and the extent of their collaboration with governments, including any treaties that may have been signed by them. Reporting on his conversation with a general, he stated that the general had said that "there have been face-to-face meetings between U.S. officials and visitors from other star systems."

Given the divisions in America, there is the real possibility that Donald Trump will gain a second term. It is clear that he and his loyalists are essentially neofascists. Given his psychopathic personality and his innate desire to abuse his power, many wise and intelligent people from various disciplines are suggesting that if Trump or Trump-like characters win the 2022 and 2024 elections, the American experiment in democracy may well be damaged beyond repair.

Related Topic(s): Choice; Reality; Time; Transition, Add Tags
Add to My Group(s)
Go To Commenting
The views expressed herein are the sole responsibility of the author and do not necessarily reflect those of this website or its editors.

Are we critical thinkers or "useful idiots?"

(You can only use the social login buttons before entering a comment.)
3 people are discussing this page, with 17 comments