Nepal is a small landlocked country sandwiched between two of world's most ambitious and populous nations, China and India. It is strategically vital for both Asian giants--China doesn't want it to be a hub of Tibetan separatists; India frets about losing the buffer zone against the world's new superpower. 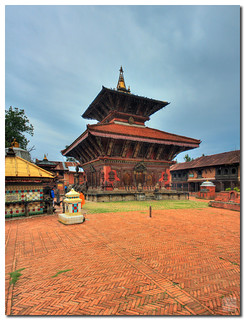 The new constitution of Nepal has raised India's hackles. It views it as inimical to the interest of its people settled in Nepal. Worse, it sees Nepal going outside the orbit of its influence. Nepal has literally thumbed its nose at India. At who's behest? The logical answer is China.

Influence in Nepal is a paramount policy for China. Its' sensitivity on the Tibet issue is well-known. Nepal shares its entire northern boundary with Tibet, and hosted the Khampa rebels against China in 1959. During the 1960s, Tibetan separatists held several demonstrations in Kathmandu. Nepal has the biggest Tibetan refugee population in the world.

China can't afford to lose Tibet, which has the largest uranium reserves in the world. Most major rivers in China, including the Chang Jiang, originate from Tibet, which is known as Asia's Water Tower. Being the "roof of the world," Tibet also offers China a vantage position if war were to break out in the region. And Tibet's riches in terms of copper, coal, zinc and lead are priceless. If Tibet was to go, China would face several other separatist movements, for example in Taiwan or Inner Mongolia. Kathmandu has also been important for trans-Himalayan trade from the medieval ages.

Nepal's importance for India is similar, only more so. It shares a 1751-km border with Nepal, and can't afford to lose the "buffer" zone with China. If its influence was to decrease in Nepal, anti-terrorist activities could arise inside its borders, and the porous boundary would allow an easy getaway. If people of Indian origin were to be discriminated in jobs, education and jobs, the future could be bleak for India's voice in Nepal. The consequences could be grave--instability, terrorism, disadvantage in case of a war, spiraling military spending, being tied down to issues in its neighbourhood instead of seeking a global role-- these are legitimate concerns.

While both Asian giants value Nepal, it is China which walked the extra mile to protect its interests. After it lost its most a valuable ally in Nepal's monarchy in 2008, China sided with the Maoists rather than the democratic forces that were aligned with India. It was hosting the Beijing Olympics, and separatist Tibetans had been protesting.

In 2005, India, US and UK suspended military assistance to Nepal during the Maoist rebellion. That very year China offered considerable assistance. By 2009, the military aid had bloated to Rs 220 million. Maoists realized they no longer had to fear India.

India and China were soon vying to offer increased economic assistance. When India offered Rs 100 million for the hilly Mustang region, China forked out Rs 10 million for a library, science laboratory and school building in the same region. Ambassadors of both countries paid a visit to the area.

China offered to extend the railway link from Tibet to the Nepalese border. India drafted its own plan for railway links to Nepal. The railway links plans of the two major Asian powers are too close for comfort. The Karakoram highway, Beijing-Lhasa rail link and further towards Nepal and Sikkim all carry a definite meaning.

China has invested in mega projects such as the Arniko Highway, the ring road, national stadium etc. Hundreds of Chinese firms have invested in Nepal, generating thousands of jobs. From hotels to restaurants to electronics to cell phone service, hydropower, civil construction, China's assistance has gone in all directions. Nepal's trade with China is largely through Tibet and Hong Kong. Nepal has been allowed duty free access to over 500 Nepali goods in the Chinese market. China became Nepal's biggest foreign investor in 2014 and is building a billion-dollar hydropower project. Chinese engineers are constructing Nepal's first eight-lane highway, and China's trade has almost doubled in last 7-8 years.

India loses out i n perception of locals in Nepal. Its policy is confused, has diverse objectives compared to China which only wants to secure its borders. India only seems to offer help when a high dignitary visits Nepal. There is a perception that Indian projects come with lots of conditions and rarely are delivered on time.

If China and India reduce the trust deficit and look to cooperate, tensions in the region are manageable. India fears that it is being encircled. China on its part believes that if Nepal were to turn into a base for a superpower such as United States, its vital security could be compromised. It views the disputes in the East and South China Sea, not to say the trouble in its Xinjiang region as a part of a larger plan to destabilize it.

China and India must make sure they build on the gains of BRICS and SCO and extend cooperation rather than confrontation. A part of Asia is already in ruins. If China and India were to go at each other's throat--with Japan having similar plans against China -- the whole region could be up in flames. It would be in no one's interest--except for those who want to turn Asia into a "region of chaos." We could then very well forget the notion that the 21st century belongs to Asia.

For starters, China could advise Nepal to address India's legitimate concerns. India, instead of crying foul in public, should resort to backroom diplomacy. A failure here could lead to similar troubles in India's other neighborhoods. It must not happen.

Related Topic(s): 2014; China; China Investment Corp; China Politics; Constitution In Crisis; Construction; Human Rights In China; India; Industrial And Commercial Bank Of China - Icbc; Military; (more...) Nepal; Nepal; People; People; Policy, Add Tags  (less...)
Add to My Group(s)
Go To Commenting
The views expressed herein are the sole responsibility of the author and do not necessarily reflect those of this website or its editors.