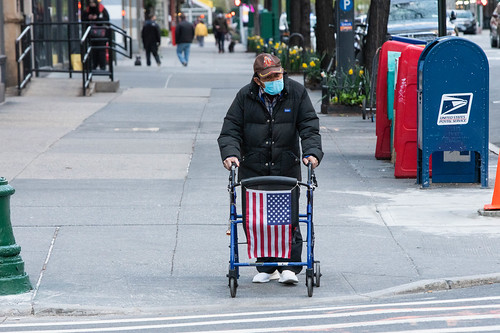 We'd like to think that this will all be over relatively soon, that the perils from the pandemic will recede by the end of this year or by the end of the next. And right-wing politicians like Trump and Bolsonaro are glad to foster an illusion of safety so that they can justify trying to send people back to work for the benefit of the capitalist class. But these efforts by the reactionary political factions to downplay the crisis will only further seal the neoliberal world's dark fate.

In contrast to the efficient and well-calculated approaches to fighting the pandemic that socialist countries like China have carried out, the response from the capitalist countries has been hindered by numerous systemic obstacles towards effectively combating an outbreak. In the United States, which is where the most COVID-19 deaths have happened, these detrimental factors within capitalism have been the most obvious: lack of an adequate healthcare system amid decades of austerity, lack of a social safety net strong enough to maintain people's livelihoods during quarantine, a federal government that's been unwilling to seriously address the virus for fear of losing too many corporate profits, a reactionary population that is so fixated on "liberty" that they start calling COVID-19 a hoax, political polarization that makes it a partisan issue to take the pandemic seriously.

This situation is paralleled in Brazil, whose president has largely destroyed the social safety net and then implored people to ignore the movement restrictions put in place by the country's governors. This has caused Brazil to have the most COVID-19 deaths apart from the U.S. It's no wonder why the next two most-affected countries are Russia and India, or that Chile and the U.K. also rank within the top ten countries with the most deaths from the pandemic. All of these places have been deeply influenced by neoliberal policies, which has made them especially susceptible to the virus.

While most of them don't have openly denialistic leaders like Trump and Bolsonaro, their very economic systems are incompatible with the China-style measures that have been shown to defeat a pandemic. Under neoliberalism, people's ability to stay at home is limited by how much their bosses and their plutocrat-controlled governments are willing to let them shelter from the virus. Unlike in China, where millions of people were very effectively quarantined while the police did their shopping, the U.S. has undergone haphazard movement restrictions that the president tried to undermine long before they could have had a meaningful impact.

People have also been largely forced to violate the lockdown restrictions and the safety advice, because going back to work has often been their only way to keep access to housing, food, and healthcare. In the neoliberal world, the infrastructure and resources simply haven't been available to bring about a COVID-19 response that matches that of China, Vietnam, the DPRK, and other socialist nations.

The capitalist class within these neoliberal countries has even been able to use this cruel reality to make a case for forcing people back to work. The financial ruin, stress, and suicidal depression that poor people in neoliberal countries have experienced as a result of being in quarantine is portrayed as evidence that lifting the movement restrictions will cause more good than harm. Effectively fighting the pandemic, they've argued, would be too costly for our capitalist society.

Fitting the social-Darwinist nature of the system we live in, sacrificing the lives of those most vulnerable to the virus has been implicitly viewed as necessary for the wellbeing of the people who can afford a botched pandemic response. If the rich will be alright, the resolution is seen as good enough.

Related Topic(s): Austerity; Capitalism; Crisis Communication; Inequality; Pandemic; Reactionary; Trump, Add Tags
Add to My Group(s)
Go To Commenting
The views expressed herein are the sole responsibility of the author and do not necessarily reflect those of this website or its editors.