I've got fury in my soul

Fury's gonna take me to the glory goal

In my mind I can't study war no more

--Laura Nyro, "Save the Country" 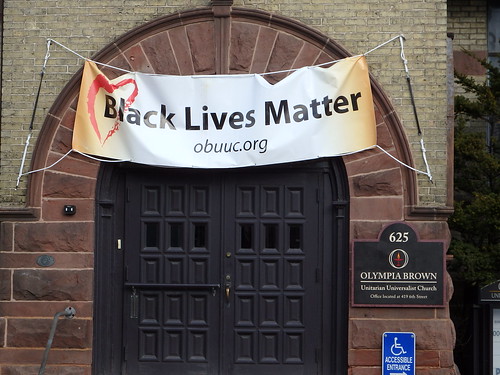 Readers familiar with political put-downs will instantly recognize the pun on "useful idiots" in my title. In suggesting that liberal churches are neither idiots nor useful, I'm purposely implying a stark contrast with churches whose members are useful idiots. To wit, politically right-wing churches affiliated with the Republican Party, but especially the "rapture-ready" Christian Zionists among them eager to bring on Armageddon. Besides more left-leaning politics, a distinguishing characteristic of liberal churches, as I use the term here, is a strong sense of moral obligation to indefinitely postpone the civilization-ending catastrophe right-wing religionists so rapturously crave .

Now, if any proof is needed that rapture-ready folk are useful idiots, it's that their current political allies undeniably regard them as such. In religious terms, it's hard to see anything the potty-mouthed, lying, p*ssy-grabbing Trump has in common with them--except for belief in an omniscient, omnipotent, bullying, authoritarian deity--which in Trump's case seems strangely identical with himself. That buffoonish deity aside, a friend of mine wittily characterized Trump as "too worldly even to be an atheist." Indeed, it's hard to imagine any question as weighty as God's existence or nonexistence finding available neurons--unless they were rentable for a "yuge" fee--in Trump's greedy, frivolous, flighty brain.

Nor do rapture mavens fare any better with their Jewish Zionist allies of convenience. Indeed, given the hell-fire they gleefully prognosticate for Jews who haven't cozied up to Jesus, it's really hard to see how they could. Trump's puppet master Netanyahu (decidedly not Putin; see here and here) easily out-Trumps Trump for icy-blooded cynicism, and it's almost delicious to imagine his offstage malice toward his current Christian Zionist "best buds."

Having marinated in leftist politics far longer than liberal religion, I clearly find it challenging to muster any Christian love--or, more relevantly, any Unitarian Universalist love--for Trump or his Christian Zionist useful idiots. The nagging reminder that I should try is a saving grace of liberal churches, and probably one of the prodding intuitions that caused me for several years to attend, and then finally to join, the Unitarian Universalist (UU) church last year.

The hope that living as a UU will somehow make me a better human being--and perhaps paradoxically, a more effective leftist--sustains my not-always-comfortable choice to join the ranks of the "churched." Since fellow leftists generally feel toward churches of any sort what vampires must feel toward garlic--or more to the point, holy water--I intend to defend here the immense leftist political potential (for now, mostly untapped) of liberal churches. For the sense that political leftists and liberal churches desperately need each other is my driving impetus in writing.

Ironically, the latent feature of liberal churches most essential to furthering leftist aims is prophetic witness. Now, there's a term so unapologetically religious as to make any secular leftist in good standing squirm (if not seize up epileptically) with intellectual discomfort. But I absolutely insist on the term. To cite the Laura Nyro song lyric that opened this piece, "I've got fury in my soul/And fury's gonna take me to the glory goal." That liberal religion can sustain in its adherents a fierce-flaming fury against injustice--without inciting a killing fury beyond all reconciliation--strikes me as today's topmost selling point for liberal religion.

STAY IN THE KNOW
If you've enjoyed this, sign up for our daily or weekly newsletter to get lots of great progressive content.
Series: "Neither Idiots Nor Useful: Our Politically Underachieving Liberal Churches"