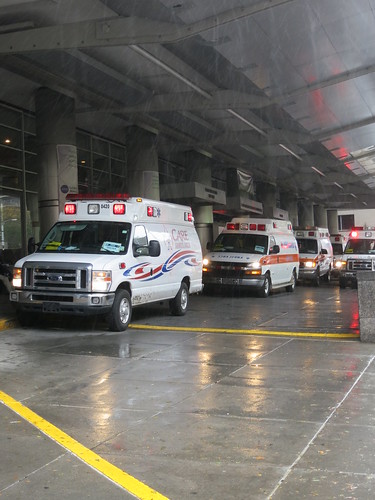 I (and probably you if you haven't been self-quarantining under a rock) have been reading a huge amount of information about the Coronavirus. Most of the bits and pieces are all out there to form an accurate picture, but I still felt like I was lacking a few pieces of information to cross the divide between the mainstream and the non-mainstream theories to get an accurate picture. While I don't subscribe to the non-mainstream theories, I do not completely reject them as having no value, in fact, some of them someday could be proven true. But they should be studied because they often pose questions not covered by the mainstream, thus this article, and who knows, maybe on occasion the mainstream is wrong. It has happened before.

On the one hand, we have the mainstream media that has been covering the pandemic with wall to wall coverage. (The zombies are attacking! The sky is falling! Video at 11!). But thanks to Reagan's elimination of the Fairness Doctrine and the fact that mainstream news outlets have to generate a profit meaning they have to grab eyeballs, and the fact that fear sells, much of mainstream news has degenerated into low informational fear-mongering.

On the other hand, some alternative sources are asserting that the whole pandemic is a conspiracy of the Deep State to take down Trump, institute control over populations, and reduce our numbers to a population that is sustainable, or the pandemic was genetically engineered and released to the public to mask the sickness caused by the 5G rollout.

Following the mainstream protocols seems like a good idea - assume the worst - but still, some of the alternative sources raised what I thought were valid questions, to which I hadn't seen any answers anywhere.

To help wrap my head around my questions, I spoke with a physician scientist friend who has an extensive research and applied background in lab medicine, immunology, pharmacology, and epidemiology. I hope his answers will be as informative to you as they were to me. He's just recently retired from active involvement in R&D. but still follows the research pretty closely.

The BIG Question - Why the BIG Response

In recent years, flu deaths in the US have ranged from 20,000 to 50,000 and don't warrant any news coverage at all (tho they do justify expensive TV commercials). And 30,000 people die from alcohol-related motor vehicle accidents. And opioid addiction deaths number about 70,000 per year too, with far less coverage than COVID-19 in spite of the large numbers of deaths. No constant public service announcements.

But with COVID-19, it's all we talk about and the country is shut down. At the start of the pandemic, each death was breaking news. Running totals are still religiously watched, even more closely than the S&P 500 stock index. Why is that?

First a bit of background about viruses...

Viruses account for a lot more diseases than I had been aware of, and actually most of the common infections in children and adults. Their severity covers the whole range of human diseases, from annoying but inconsequential, e.g. the common cold (many virus types), diarrhea (rotavirus and norovirus - think cruise ships), warts, herpes (cold sores and genital), glandular fever, through chickenpox, measles, mumps, rubella, Zika, flu, hepatitis, West Nile, SARS, HIV, H1N1, to severe and frequently fatal diseases - polio, meningitis, encephalitis (brain inflammation), Ebola and its relatives that cause massive bleeding of the whole body, and rabies, which is always fatal if not caught in time. There are even some cancers caused by viruses, e.g. the human papilloma virus (HPV) which causes cervical cancer.

Viruses infect animals, plants, and even bacteria! In fact, with the increase in antibiotic resistance, an old, pre-antibiotic idea of using viruses (bacteriophages - phages for short) is being explored for possible treatment of some bacterial infections The chemical and biological characteristics of the millions of virus types vary widely.

Almost all viruses infect only particular species, so most animal and plant viruses don't infect humans, and vice versa, which is why testing treatments and vaccines for effectiveness can be very difficult. If the virus doesn't infect anything but humans, it can't be studied anywhere other than in humans, or sometimes in human tissues). The viruses we're concerned about vary in their fragility, contagiousness, incubation period (how long between infection with the virus to when symptoms appear), etc. Here's a good source for background on viruses and how they work:
https://www.youtube.com/watch?v=BtN-goy9VOY
https://en.wikipedia.org/wiki/Virus
https://www.khanacademy.org/science/biology/biology-of-viruses/virus-biology/a/evolution-of-viruses

Some kinds of viruses are genetically unstable, which means that they are constantly mutating slightly when they reproduce themselves. Influenza A, the common winter flu, is this kind of virus, so if you are immune to one strain of flu virus, depending on how it mutates, you may not be immune to its slightly changed offspring when it comes around again.

When you recover from the flu, all the viruses that caused the flu are gone, and so you are not contagious to other people. And the immunity to that one flu can last a long time, but that might not protect you against the next slightly-modified flu virus that you catch.

I was a computer engineer for ~25 years, now I've changed careers and am flying. Currently I'm flying freight on Caravans. I was at SkyWest flying a CRJ as a First Officer. And previous to that I was flying as a First Officer in a Lear Jet air (more...)

Who Would Jesus Vote For?

Questions to Ask Your Pro-Israeli Friends

History shows that Republican/Tea Party Solutions Do Not Work