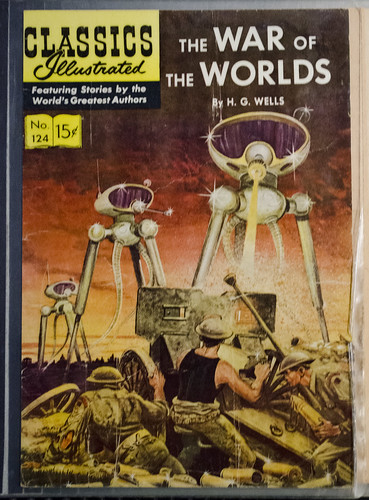 In the film of H.G. Wells War of the Worlds Martians attack Earth. They kill a billion humans. They destroy a lot of our civilization. But in the end their flying saucers crash to the ground. As the saucers open, the ugly aliens, weakened somehow, crawl out and die. The narrator says: " From the moment the invaders arrived, breathed our air, ate and drank, they were doomed. They were undone, destroyed, after all of man's weapons and devices had failed, by the tiniest creatures that God in his wisdom put upon this earth."

Covid-19 virus, (the third Crown-like virus, including SARS and MERS) are among the tiniest, submicroscopic beings and we are almost totally unprepared for what they can do to us! Scientists have tried to educate our politicians before. This danger emerged with the 1990's outbreaks of Hot Zone illnesses caused by Ebola and Marburg viruses. Failure to prepare has been a totally bipartisan misadventure.

The disrespect for nature and consequent unpreparedness shows up now when Trumpublicans call climate change a "hoax." The illustrative events macro and micro, are natural, generically predictable by science, not religion or corrupted politicians. If our corporate propagandists and politicians disrespect nature, this puts all of us in danger.

Related Topic(s): Corona Virus Coronavirus Covid-19; Nature, Add Tags
Add to My Group(s)
Go To Commenting
The views expressed herein are the sole responsibility of the author and do not necessarily reflect those of this website or its editors.