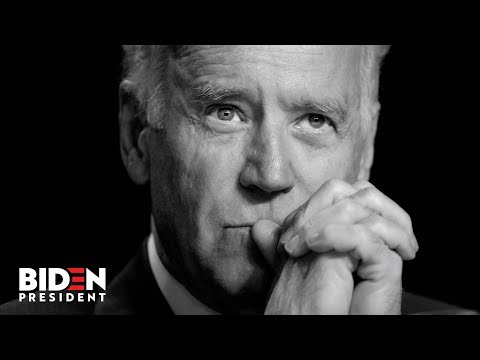 Joe Biden, presumptive Democratic Party presidential candidate, thinks he knows what American values are. Here are some of them: "inclusivity, tolerance, diversity, respect for the rule of law." Biden defines these as among the "democratic values that define us."

Actually, what Biden is describing are practices that allegedly reflect American values. And, indeed, these are the sort of practices/values that most U.S. citizens agree are important. Most, but not all -- not the 30 to 35 percent -- of Americans who constitute President Donald Trump's infamous base. These citizens are typically intolerant and are uncomfortable with diversity. Their notion of inclusiveness does not go much beyond their own perceived community or group. And their respect for the rule of law is conditional at best. Thus, they appear energized by Trump's rhetoric, which has overtones of classic fascism. But let's leave this minority aside for the moment and just concentrate on Biden's classic value claims for democratic America.

I don't think that there is much doubt that Biden believes the practices he talks of are reflective of real values and that these somehow shape national character. That is, he does not see them as just ideals. After all, it is only in assuming the faithful practice of inclusivity, tolerance, diversity, and the respect for the rule of law that he can justify his claim that "We are by far the greatest, powerful, decent nation -- in the world." Historically, such assertions and assumptions are not unusual. Free Roman citizens and their leaders assumed that Roman practices/values (both the republican and imperial versions) underpinned civilization in their era. The same can be said for those who believed in the glory of the British Empire. Most citizens of the United States will assume and assert similar practice/value claims -- just like Joe Biden does.

As much as the assertion of national practice/value claims is historically standard operating procedure, there is something misleading about this tradition. Just how meaningfully do these professed values influence practice and policy? Do they serve as real guides to a national code of conduct, or are they propaganda?

It turns out that for the United States, practices/values like those claimed by Mr. Biden form guides to policy only under special circumstances. When it comes to domestic affairs, the values underlying inclusivity, tolerance, diversity, and respect for the rule of law have helped shape policy only when the nation's white majority (presently a shrinking demographic of about 61 percent) is forced to implement change. That is, when the normative white leadership is put under sufficient pressure from those whose supposed otherness has not been well tolerated due to racism and other culture biases. This was the case in the 1960s, when politically organized African Americans and their allies put together a successful Civil Rights Movement. Success here means that laws were changed to enforce greater legal equality. A bit later a similar process promoted greater acceptance of the rights of the LGBTQ (lesbian, gay, bisexual, transgender and queer) community.

Subsequently, these changes sparked a right-wing reaction that gave us a number of reactionary legislators and presidents culminating in the present administration of the neofascist Donald Trump. When Joe Biden claims that "Trump has waged an unrelenting assault on our values" he is taking a stand against a movement to return to pre-1960s social norms. Biden is asserting that the significant minority, led by Trump in a culture war against "inclusivity, tolerance, diversity," is an anachronism and no longer represents the nation. Yet up until the Civil Rights Movement, that minority was arguably the majority. It held a monopoly on both the government's domestic policy and what passed for American national values. Mr. Biden's assertion that they are obsolete is, unfortunately, premature.

It should be noted that Mr. Biden makes his practice/value claims for national conduct "both at home and abroad." Ultimately, it is with the application of these claims to foreign policy that he becomes, apparently without noticing the fact, bogged down in contradictions. For instance, Biden is a longstanding supporter of Israel. He states that he will continue to support this country which he describes as a place he "loves" and as "absolutely essential for the security" of world Jewry no matter what its behavior. Unfortunately, U.S. support of Israel, in terms of billions of dollars and the maintenance of a "military edge," must undermine his claim that inclusivity, tolerance, diversity, and respect for the rule of law represent "the values that define us" in our national conduct abroad. This is because Israeli treatment of its Palestinian minority violates every aspect of these practices/values. As a consequence, more and more Jews have, unlike Joe Biden, faced the evidence and are distancing themselves from the Zionist state. So, while President Trump demeans inclusivity, tolerance, diversity, and respect for the rule of law here in the U.S., the Israelis have long been doing the same thing in Palestine. This fact is verified by a number of sources. These include:

The World Inequality Database; The Inequality Report -- published by Adalah, the Legal Center for Arab Minority Rights in Israel; Human Rights Watch report, Separate and Unequal; Amnesty International; the International Crisis Group of the United Nations; and both the General Assembly and the Security Council -- of the United Nations. These and other various data-based reports that show that Israel is imposing apartheid like conditions on Palestinians.

Under these circumstances, what can we say about Mr. Biden's talk of character-shaping national practices and values? At best we must insist that he has misrepresented them. They are not "the values that define us." They are ideals that some, but not all, Americans would have the nation aspire to.

Too much loose talk about national practices/values can easily degenerate into propaganda which, to quote George Orwell, becomes little more than "speech and writing [used] largely [in] defense of the indefensible." Much of Joe Biden's posturing about American values comes close to this sort of political rhetoric. As a career politician he has sometimes acted in violation of the same practices/values he now extols. For instance, his emphasis on inclusiveness hides the fact that there have been times when he has made deals with segregationists in Congress -- a strategy he referred to as "getting things done." This would suggest that his ability to combine values and practice depends on the political moment and not on principle. Biden may well uphold the rule of law for domestic policy of the United States. Yet, when it comes to applying this alleged practice abroad, he doesn't do much better than Trump. His support of Israel, along with an acceptance of the ongoing attempted coup in Venezuela, points at this failing.

Related Topic(s): America; Government; International; Joe Biden 2020 Campaign; National Security State; Propaganda And Political Myths; Reality, Add Tags
Add to My Group(s)
Go To Commenting
The views expressed herein are the sole responsibility of the author and do not necessarily reflect those of this website or its editors.