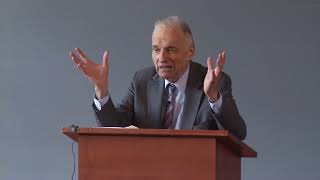 Read Chris Hedges interview [1] with Ralph Nader. It's a stunner; a must read.

Much of what Nader said struck this reader, too much to list here. Here's a few selected excerpts.

Most worrisome, Nader "feared that the population was so effectively anesthetized by mass culture that it might not rise up against the elites".

"The U.S. has developed a society...living in virtual reality swinging between big-screen TV and their cell phones. They're wallowing in text messages".

"Great changes start with people in the 20's. But look what you've got now...cell phones available to any child."

Nader worries "as long as 10 to 15 percent of the American people are well-off the elites will have enough support to continue the assault".

"As long as the contented classes are not upset, the system of control is in lock, like connecting gears."

To this septuagenarian-whose early enlightenment began in the late 1960's and early 70's against the Vietnam war- I could not then imagine some 45 years later the general passivity of many/most Americans to the injustices heaped upon them by the elites that as Nader says they "might not rise up against".

How could this have happened?

Well...I do have my own hypotheses and at the top of the list was Congress ending the draft after the US unceremoniously left Vietnam in 1973.

Congress witnessed the demonstrations and protests against the war and vowed that wouldn't happen again and in one fell swoop removed a main group that had participated in resistance to the Vietnam war.

Today "Veterans for Peace" are at the forefront against our wars most of whom came from that Vietnam war generation. They are to be admired along with the few who have come back from Afghanistan and Iraq wars and have spoken up in the few demonstrations against our wars. Unfortunately they are a small minority.

But now since the end of the draft pretty much the only ones entering our all volunteer military are white rural kids and poor minorities from the inner cities in late teens and early 20's whose work prospects are few.

In suburban areas high school ROTC is offered only in less affluent areas where military recruiters can indoctrinate the few to consider joining the military after graduation. ROTC is certainly not offered in the more affluent area high schools.

Retired. The author of "DECEIT AND EXCESS IN AMERICA, HOW THE MONEYED INTERESTS HAVE STOLEN AMERICA AND HOW WE CAN GET IT BACK", Authorhouse, 2009
Related Topic(s): Class Politics; Class War; Congress; Corporations; Democracy; People; Ralph Nader, Add Tags
Add to My Group(s)
Go To Commenting
The views expressed herein are the sole responsibility of the author and do not necessarily reflect those of this website or its editors.