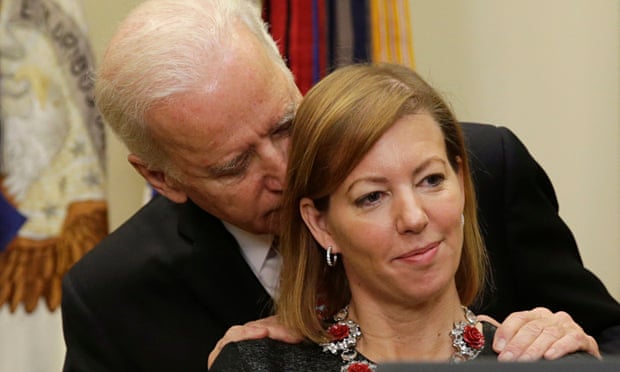 I really hope I'm never raped by a future US presidential candidate, because apparently if you've made blog posts which can be taken as favorable to the Russian government you're not entitled to seek justice against your rapist.

The New York Times has published a jarringly sociopathic hit piece on Joe Biden's sexual assault accuser titled "What to Do With Tara Reade's Allegation Against Joe Biden?" The column serves no purpose other than to help liberal feminists feel good about themselves when dismissing the increasingly credible rape allegations against Biden in cool defiance of the "believe women" narrative they were all promulgating with #MeToo hashtags online during the Supreme Court confirmation process of Brett Kavanaugh.

"Reade seems almost engineered in a lab to inspire skepticism in mainstream Democrats, both because her story keeps changing and because of her bizarre public worship of President Vladimir Putin of Russia," argues the column's author Michelle Goldberg. "'President Putin has an alluring combination of strength with gentleness,' she wrote in a since-deleted 2018 Medium post."

Goldberg's claim that Reade's story "keeps changing" is false. Nathan J Robinson of Current Affairs reports that Reade's story has been consistent since she first started telling it in 1993, which Goldberg could have learned and addressed with even a scintilla of research.

In fact she says "Reade's story keeps changing." This is just a lie. It shouldn't be in a newspaper. It treats every survivor who opens up about something they have previously told people in private as "changing" their story.

More importantly, the way liberal narrative managers keep insinuating that sexual assault allegations are somehow invalidated if the accuser has foreign policy views which disagree with the US State Department is jaw-droppingly depraved. So what if Reade thinks Putin is a good leader? That has literally nothing to do with whether or not she was sexually assaulted, yet spinmeisters like Goldberg and the odious Krassenstein brothers keep framing it as though it does.

There are only two possible claims that these propagandists can be making when they frame this story in this way:

As both a rape survivor and someone whose Medium posts frequently get me accused of supporting Vladimir Putin, I find it deeply disturbing that a leading US publication believes that either of these things are an acceptable claim to make. But such is the world we are now living in.

Does anyone have an argument for a world where this should happen and it's ok https://t.co/QEqgrEgONS

Related Topic(s): Joe Biden; Me Too Movement, Add Tags
Add to My Group(s)
Go To Commenting
The views expressed herein are the sole responsibility of the author and do not necessarily reflect those of this website or its editors.