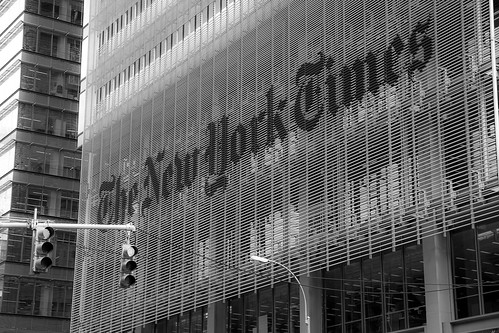 Online readers of the New York Times might have been forgiven if, when they got to the editorial section on June 24, they thought they had accidentally jumped to the website of Socialist Action, or at least The Nation. In a 2,600-word editorial headlined: "Opinion: The Jobs We Need," the editorial board laid out a powerful case that "over the past four decades, American workers have suffered a devastating loss of economic power, manifested in their wages, benefits and working conditions."

The board members noted that over that same timeframe, the annual economic output of the United States had tripled, but, "with the help of policymakers from both political parties, the wealthy hoarded the fruits."

"The Jobs We Need" is the third "chapter" in a series titled "The America We Need," which, together with accompanying op-ed pieces, looks at the way confronting the Covid pandemic crisis could offer an opportunity to move the US away from its neoliberal/neoconservative experiment to a more collectivist and humane kind of society.

It moves well beyond opinion, though. In excruciating detail, it lays out the facts (many of them reported over the years in the Times by its own journalists, like now-retired labor reporter Steven Greenhouse, whose work is, curiously, not acknowledged or linked in the article). It shows that workers who used to earn union wages high enough to make them members of the middle-class were now earning half as much in constant dollars barely sufficient to keep a family above the poverty line.

"Picture the nation as a pirate crew," the editors write:

In recent decades, the owners of the ship have gradually claimed a larger share of booty at the expense of the crew. The annual sum that has shifted from workers to owners now tops $1 trillion.

Franklin D. Roosevelt noted in 1936 that "economic royalists" were complaining that his New Deal was attempting to "overthrow the institutions of America," when "what they really complain of is that we seek to take away their power." Citing FDR, the editorial board write:

Now as then, the nation's economic problems are rooted in political problems. And now as then, the revival of broad prosperityand the stability of American democracyrequire the imposition of limits on the political influence of the wealthy. It requires the government to serve the interests of the governed.

The editorial goes on to recount the impact of the infamous (but, at least in corporate media, rarely mentioned) 1971 Powell Memo, sent by then-corporate lawyer Lewis Powell to the US Chamber of Commerce. That memo darkly warned that the US "free enterprise system" was "under threat," and that it was urgent for business to "fight." This call to arms by Powell, who was named to the Supreme Court a year later by President Richard Nixon, led to the creation of the Heritage Foundation by Joseph Coors, the Times editors wrote, and inspired the National Association of Manufacturers (NAM) to begin a controversial campaign of "educating" federal jurists on the wonders of deregulation and unfettered capitalism"

For the rest of this article by DAVE LINDORFF, please go to: https://thiscantbehappening.net/nyt-acknowledges-need-for-economic-change-without-crediting-those-who-would-bring-it/