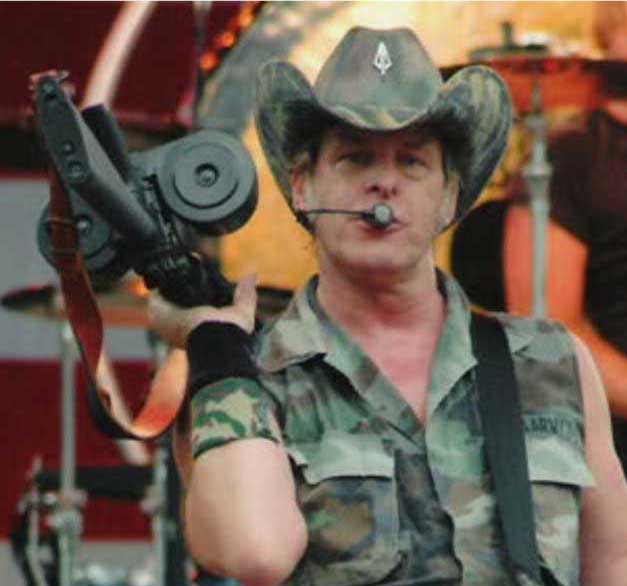 With all the NRA's talk about arming for self-defense, it is easy to forget the NRA's other traditional role--promoting "sportsmen."

This week, New York Attorney General Letitia James sued four current or former NRA executives for "illegal financial conduct," according to NBC. Among the charges were that Wayne LaPierre, CEO and executive vice president of the NRA, received "hundreds of thousands of dollars" of complimentary safaris in Africa.

A few years ago the NRA and Safari Club International (SCI) worked to defeat an amendment to the Marine Mammal Protection Act in the House of Representatives that would have banned the import of sport-hunted polar bear trophies from Canada. It would clash with SCI's "Bears of the World" and other killing competitions. After the 2015 death of Cecil the lion, many major airlines banned the transport of such trophies.

"Because of our longstanding support for America's rich hunting heritage and sportsmen's rights, the National Rifle Association weighed today's vote [on polar bears] very heavily as a factor when deciding endorsements and grades for the 2008 election cycle," threatened former chief NRA lobbyist Chris Cox. It was a warning to any lawmakers who had gone soft on polar bears since the NRA gives lawmakers grades.

To cement its access to the old boys network in Congress, the NRA funds the Congressional Sportsmen's Foundation, called a "charity" but "little more than the social directorate of the National Rifle Association," says the Tampa Bay Times. At a soiree thrown by the Foundation, lawmakers got to swoon over blowing away wild hogs in Myrtle Beach, S.C with silencers. Whee!

Related Topic(s): Access; Animals; Bear; Charity; Congress; Killing; NRA; Nra Enemies List; Pigeons, Add Tags
Add to My Group(s)
Go To Commenting
The views expressed herein are the sole responsibility of the author and do not necessarily reflect those of this website or its editors.