The NBA is back, but players will continue their protest against the shooting of Jacob Blake, police violence, and systemic racism. Their stand comes during the Republican convention and rising fascism. Gerald Horne joins Paul Jay on theAnalysis.news podcast. 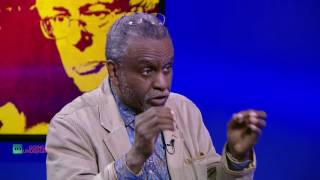 Hi, I'm Paul Jay and this is theAnalysis.news podcast.

The NBA players and owners have announced that the season will continue after some teams went on strike on Wednesday and all the players debated ending the season, as a protest against police violence against black men and women.

The Milwaukee Bucks refused to come onto the floor of their playoff game on Wednesday in protest against the shooting of Jacob Blake in their home state of Wisconsin. They called on the state assembly to pass legislation that would force accountability for police violence, including the arrest of the police officer who fired seven bullets into the back of Blake.

The boycott pressured the NBA to cancel games scheduled for later that day. Many teams in other sports followed, with games canceled in the WNBA, and professional baseball and soccer. In two NBA player's meetings, a fierce debate unfolded on whether to boycott the entire playoffs or play and create other forms of protest. It's been reported that the Lebron James and the LA Lakers and the Los Angeles Clippers voted to end the season on Wednesday night. In the end, the players voted to continue the playoffs.

The players, who are playing in a Covid protected bubble in Orlando, Florida, say they are fed up with the police murdering people who came from communities where many of the players grew up. It is frustration and outrage with a system that treats poor blacks as less than human.

At the core of this systemic racism is the exploitation of cheap black labor. It's the culture of a slave society that continues to reproduce itself to justify the extreme poverty in major American cities. The elites must dehumanize those that it exploits, and this applies to poor white workers as well. The system dehumanizes and degrades even more aggressively and violently, those that it super-exploits. There is a deep hatred and contempt for poor people, particularly of color, that blames the poor for the consequences of poverty.

Police culture reflects the mission that has been assigned to them since slavery. Protect the property of the rich and enforce laws that perpetuate poverty and a cheap pool of labor. In cities across America, part of that mission is to use force with impunity to contain the consequences of desperate people living in desperate conditions.

This hatred for poor black people does not extend with the same intensity to wealthy, successful black people. That is when the police know who they are dealing with. As I witnessed in Baltimore, cops love to have their pictures taken with people like Danny Glover. Black sports and entertainment figures are venerated and used as marketing tools for every manner of product.

The importance of the NBA protest is that athletes, who are not only playing in a bubble but, to a large extent, have been living in a bubble created by their wealth and success, are saying they will not play along with the violence and super-exploitation of their communities. It's a clarion call to everyone that there is no going back to a normal of ignoring the deep racism and growing fascism that permeates American society.

I talked to historian Gerald Horne the night before the announcement by the NBA to continue the playoffs.

Gerald Horne is a historian who holds the John Jay and Rebecca Morris, chair of history and African-American studies at the University of Houston. He's the author of many books, including The Apocalypse of Settler Colonialism, The Roots of Slavery, White Supremacy and Capitalism in 17th Century North America and the Caribbean.

Related Topic(s): Gerald Horne; Racism, Add Tags
Add to My Group(s)
Go To Commenting
The views expressed herein are the sole responsibility of the author and do not necessarily reflect those of this website or its editors.