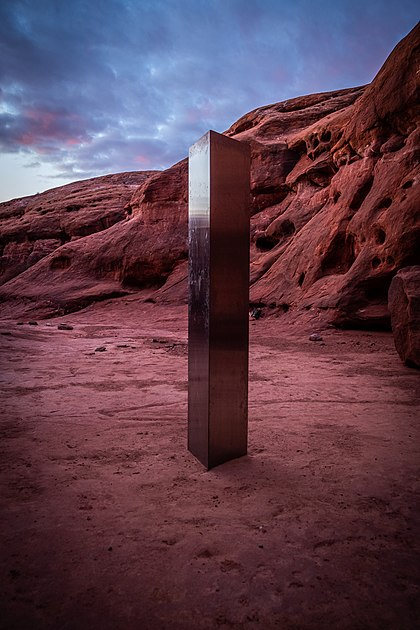 On Nov. 24, NBCNews reported "A mysterious metal monolith was discovered in Utah after public safety officers spotted the object while conducting a routine wildlife mission" on Nov. 18. The object was reported to be triangular shaped, and about 12 feet tall.

CNN reported that on Nov. 28, the state's Bureau of Land Management posted that "The monolith was removed by an 'unknown party' sometime Friday night."

After the monolith mysteriously disappeared from the desert, a nearly identical one suddenly appeared in Romania, according to the Daily Mall, which noted, "In the book by Arthur C. Clarke, later made into a film by Stanley Kubrick, a monolith first appears on Earth in Africa three million years ago and appears to confer intelligence upon a starving tribe of great apes to develop tools."

Related Topic(s): Extraterrestrial; Monolith; Romania; Utah, Add Tags
Add to My Group(s)
Go To Commenting
The views expressed herein are the sole responsibility of the author and do not necessarily reflect those of this website or its editors.