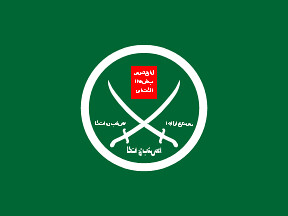 Two Muslim Brotherhood leaders have been killed in suspicious circumstances by the Egyptian security forces.

A ministry statement carried by the official MENA news agency said 61-year-old Dr. Mohammed Kamal, a physician by profession, was killed along with Yasser Shahata Ali Ragab in an exchange of gunfire as police tried to arrest the two late on Monday (Oct 3, 2016) night.

But a Brotherhood statement posted on its official website shortly after reports of the shootout surfaced said Dr. Kamal had been arrested by police, suggesting he was killed after being taken into custody.

The statement went on to say: Here's our reply to your heinous crime, to the murderous military junta. "..We announce it, as also the founding Imam Hassan Al-Banna announced it: "To die for the sake of God is our highest aspiration".

"Authorities announced the death of Kamal and Shehata shortly after local media reported that they had been arrested. This means that both leaders had been liquidated," he said.

Dr.Kamal was one of the most prominent leaders of the Muslim Brotherhood and a member of the Guidance Bureau. He was previously in charge of the supreme Administrative Committee, known as the youth committee.

He was accused of planning the June 2015 killing in Cairo of Egypt's chief prosecutor, Hisham Barakat.

Gomaa was a key supporter of the military's 2013 coup. In public speeches, he has been advocating the use of force against the Muslim Brotherhood.

The mysterious killing of the two Muslim Brotherhood leaders once again highlights the brutal policies of the US-backed military government of Filed Marshall Abdel Fatah el-Sisi who came to power in July 2013 by overthrowing the elected President Mohammad Morsi.

Since President Morsi's outer, the military government has been carrying an extensive crackdown on Morsi's supporters and other government opponents. Thousands of the group's members, including its top leadership, have been jailed for opposing the coup.

On February 2, 2015, an Egyptian court sentenced 183 supporters of the Muslim Brotherhood to death on charges of killing police officers, part of a sustained crackdown by authorities on anti-government elements. The men were convicted of playing a role in the killings of 16 policemen in the town of Kardasa in August 2013 during the upheaval that followed the army's coup against president Mohamed Mursi.