March 19, 2021 (Brian Berletic - NEO) - As is common with US-backed color revolutions around the globe, the Western media will attempt to cover up opposition violence for as long as possible until shifting the narrative toward a "reluctant civil war" in which opposition groups were "given no choice" but to take up arms.

Of course, in every example - from Libya and Syria to Yemen and Ukraine - violence was part of US-backed political subversion from the beginning.

This is no different in the Southeast Asian state of Myanmar where US-backed protesters are in the streets fighting with Myanmar's police and military.

The "Activists Say" School of Journalism

The Western media is once again relying on the "activists say" method of reporting - absolving themselves from actual, objective and factual journalism and instead reporting on the conflict from the point of view of Western-backed opposition groups who have every motivation to depict themselves as victims and Myanmar's new government as being brutal and repressive.

Reports are based almost entirely on information from local media funded by the US government through the National Endowment for Democracy (NED) - outlets like The Irrawaddy, Mizzama, DVB (Democratic Voice of Burma), as well as "monitoring groups" like the Assistance Association for Political Prisoners (AAPP).

A glance at any Western media report will include at least one of these sources.

Far from journalists or actual monitoring groups - these are components of the opposition who have every motivation to relay a narrative that serves to advance their own political agenda rather than reporting the truth.

Similar "activists say" reporting was used by the West for years during the Syrian conflict with the Western media attempting to cover up opposition violence up to and including junctures where militants began operating tanks, artillery, and anti-tank missiles. 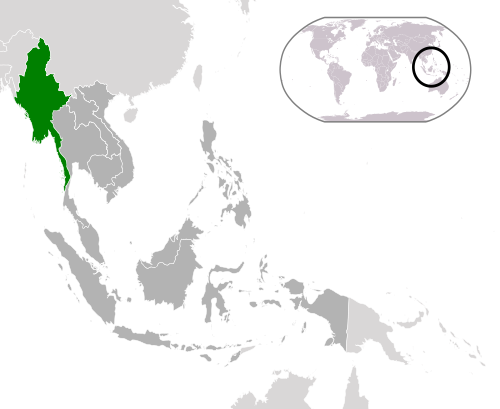 As in Syria and Ukraine - where Western attempts to cover up violence and brutality among the opposition eventually gave way to the fact that both opposition groups were violent extremists - the truth about violence used by protesters in Myanmar is also beginning to emerge.

An article from the Bangkok Post titled, "KNU vows protection for Karen protesting Myanmar coup," would admit that the Karen National Union - an armed group who has waged a bloody insurrection against Myanmar's central government for decades - has vowed to "protect" anti-government protesters.

Related Topic(s): Myanmar, Add Tags
Add to My Group(s)
Go To Commenting
The views expressed herein are the sole responsibility of the author and do not necessarily reflect those of this website or its editors.