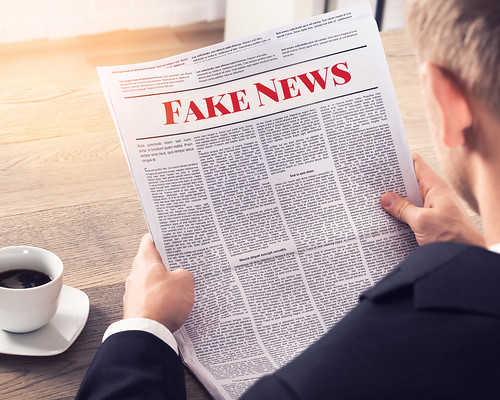 "The true job of a reporter is using facts to overturn reality. Things are already upside down, and his job is to show that. In his work, he has to be relentless. This inevitably leads him to publishing his own words, on his own, because entrenched press outlets are in the business of propping up the very reality he aims to expose. He can't go to them for publication. Once he learns that, he's launched, and his life is never the same. It improves exponentially." (The Underground, Jon Rappoport)

There was the time a newspaper publisher inserted his own paragraph at the top of my story, under my name, as if I wrote it. He didn't tell me. I found out later when the paper came out. I called him up. He was clueless. To him, his intrusion meant nothing. It was my story, but it was his newspaper. I learned something. If you want your own words, and only your words, to stand, publish them yourself.

There was the time I wrote a story about a dubious drug/supplement people were selling under the counter at health food stores. I took the supplement for a week and folded my experiences into the article, which was mainly about the unfounded "scientific background" in the package insert. The editor couldn't fathom how a story could contain "two separate threads." He axed half my story. I learned something. If you want your own words to stand, publish them yourself.

There was the time I wrote a piece about widespread fraud in psychiatric diagnosis. The editor claimed I had employed "too much logic" and not enough "expert opinion." He said "original research" was "out." To no avail, I pointed out that logic was in the public domain, and therefore my "original research" could be checked. I learned something. If you want your own words to stand, publish them yourself.

An editor once told me an article I'd written criticizing a senator wouldn't be published. My harsh criticism was valid, he said, but readers might infer that the newspaper was turning against the senator's political party. I learned something. If you want your own words to stand, publish them yourself.

Once my career as a reporter was launched, magazine editors began contacting me with all sorts of proposed assignments. The subjects of the stories were boring, to say the least. I soon realized the editors were using those stories to fill out their no-context version of reality. I learned something. If you don't want your words to be published, don't submit them.

A newspaper editor once told me (paraphrasing from memory): "This story you wrote...part of the reason we don't want to publish it is we don't want to give it the contagion factor. If we publish it, other news outlets will pick up on it. We're in an echo chamber. We ricochet stories back and forth. We all use the same experts to bolster our stories. So we take your controversial story and publish it, and then when the roar gets loud enough in the echo chamber, people are going to object. And we'll be the ones they blame because we started it."

I said to an editor, a year or so after 9/11: "If I could give you ironclad evidence, from many reputable sources, proving that the planes crashing into the Towers couldn't have caused them to fall, would you print the story?" He said: "The official story is already in place. There's no way anyone could dislodge it now." I said: "So it doesn't matter what the truth is." He said: "It matters, maybe 30 years in the future, but probably not."

A publisher once told me: "We have our own definition of 'controversial.' We decide what that is. It's not your definition. It's okay to write about impeaching a president, but if you find out there are people behind the scenes who are managing the presidency, people who aren't in government, we wouldn't touch that. If we did, that would break the mold. Everything would be up for grabs. People would realize most of what we publish is a tempest in a teapot, because there are more powerful forces at work."

An editor told me: After a big environmental catastrophe, we cover the story for a little while and then we let it go. We don't want to look like we're attacking the polluters too hard. So we don't track what's happening every day or every week. We let it go, and then after a few months or a year, we write a follow-up piece. We're not crusaders. We don't want to look like we're out to get somebody. That would injure our reputation. We're not muckrakers. We might favor a point of view, but we don't lean on it too hard."

These and other similar encounters convinced me, 25 years ago, to step away from the news business. "Somebody else" is always running things. Their quirks and agendas are corrosive. They've gained their positions through compromise. They know that and accept it. And then they set about forgetting it.

Now, in the "information age," these mainstream professionals are howling about fake news; they're burying, even deeper, their knowledge that they are the prime fakers.

"I fake it, I bury my fakery deeper and deeper, and then I scream at other people for faking it."

These are the actions of a temperamental child. And indeed, these people are angry little children in adult bodies. Luckily, they've found a business that honors that grotesque configuration. They've found a home.

Related Topic(s): Editors; Media Fake News; News Anchors, Add Tags
Add to My Group(s)
Go To Commenting
The views expressed herein are the sole responsibility of the author and do not necessarily reflect those of this website or its editors.