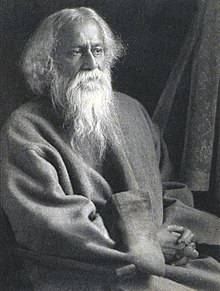 Rejecting their human touch, those you kept afar It is the divine within that demeaned human you have insulted By retribution from the Lord of Destiny, at the doorway of famine Will you sit down to a shared meal, there with the downtrodden Through insult it is, one day, you shall be their equal!

There, where you pushed them derisively from your hallowed seat There, too, in stupefying nonchalance, you banished your own power Crushed under the merciless boot, there they fell to the dust Come down to that degraded nether world, else there is no salvation Through insult it is, today, you shall be their equal!

Him that you push underfoot- he shall bind you to the lowest depth Him that you have purposefully left behind, shall pull you right back. Him that you heap the blemish of ignorance upon in an obscure world Covering anything blessed in your fate, he shall create a chasm Through insult it is, one day, you shall be their equal!

For a hundred centuries a mountain of insults has descended upon them Yet you refuse to bow before the very Narayana in your fellow Man- Yet, lowering your gaze, do you see not yet The God of the insulted and downtrodden has joined them there in the dirt? Through insult it is, one day, you shall be their equal!

Do you not see, today, the Messenger of Death, there, at the door- Placing an appalling curse upon your all-consuming racial vanity? If you do not call one and all to the human pageantry, if you still stay apart If you still keep yourself narrowly bound in the decrepit world of arrogance It is in Death, then, in the ashes of your funeral pyre, you shall be their equal!

[Commentary: Rabindranath Tagore wrote this powerful indictment in strident condemnation of the sordid caste-based discriminatory history prevalent in India for thousands of years. As direct as his sage proclamations are, most significantly his words are entirely relevant to the history of racism and bigotry everywhere in the world- in particular here in the US, with a seemingly never-ending history of slavery, bigotry, unimaginable violence, barbaric gun culture, passion for worldwide genocide, and the worst possible posturing as a militaristic bully. Of course, right now this grotesque face of the US is exposed both in terms of its Covid-19 response, and also its police state brutality towards people of color, currently highlighted by the murders of Ahmaud Arbery and George Floyd, one in a racist-infested right-wing "red" state (Georgia), the other in an otherwise somewhat more benign and enlightened northern state (Minnesota)- showing thereby that vicious racism and violence-training is not limited to the zones of bigotry in the US. Along with my translation of Tagore's Hey Mor Durbhaga Desh, I am also attaching the URL of a fine recitation of the original poem in Bengali by the accomplished Bengali actor, author and orator, Soumitra Chatterjee. I must also note that even though Rabindranath was not narrowly religious, and throughout his life strove for the highest in human aspirations, tirelessly speaking on behalf of Universalism, social justice, and in defense of the downtrodden and marginalized everywhere in the world- in this poem, which deals with the evils of casteism (specifically the millennia-old suffering of the lower castes and outcastes), he purposefully evokes a few Hindu symbols- the alternative name for the deity Vishnu, Narayana, for example, to drive home the point of the vicious curse which casteism has been to Hindu society (in spite of its many secular accomplishments). In Hindu parlance, especially as found in the Bhagavadgita, Nara (a word for Man- we must note that Man here is entirely shorn of any ethnic or color attributes- truly the Universal Man of Tagore's vision) and Narayana, one of the principal deities of the Hindu Trinity, are partners throughout creation and its sustenance- epitomized by Krishna and Arjuna on the battlefield). Note Tagore's reference to the "God of the insulted and downtrodden"- "নেমেছে ধূলার তলে হীন পতিতের ভগবান" in Tagore's inimitable Bengali- is reminiscent of Arundhati Roy's "The God of Small Things"- establishing of course Tagore's unmatched prescience relative to countless matters of human interest. As the world is marching towards an increasingly dark future carved out by human folly on many frontiers- consumerism, ecocide, usurping the earth's irreplaceable resources, vicious lurch towards right-wing bigotry across the continents, deadly militarism exploiting the discoveries of science, giant backward march into climate-change denial, evolution-denial and other aspects of the worst of the Dark Ages- the sage words from one of the greatest poet-philosophers and humanists in human history are potently and patently applicable to these sinister times. Tagore's reference to equality in the "ashes of the funeral pyre" are both pathetic, darkly imbued with truth, and of course also reminiscent of ashes to ashes, dust to dust as reminders of the absolute meaninglessness and futility of racial, ethnic and other aspects of vanity in human life. Monish R Chatterjee.]