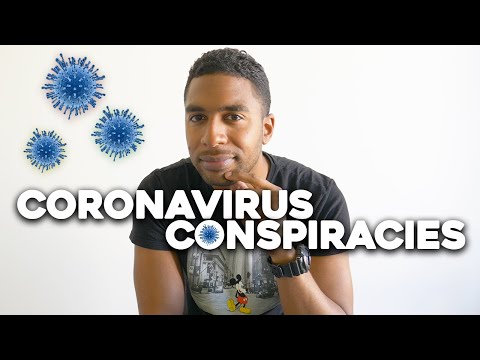 A number of readers have been asking me for my take on the various "conspiracy theories." For example, is the virus a bio-weapon? Did the US release it on China or China on the US? As Bill Gates and the US military knew in advance or predicted the pandemic, why weren't preparatory steps taken? Why are we caught with no plan, no protective gear, shortage of ventilators and no treatment? Is the virus a plot by the global elite to reduce the population, especially older people on Social Security and Medicare, in order to free more public money for subsidies to the One Percent? Is it a plot to install tyranny?

What is the point of blocking information about a successful treatment of Covid-19 other than to keep the profit opportunity open for a vaccine? The more people who die from the virus, the more acceptance a vaccine will have, regardless of its effectiveness or danger.

Trust in public authorities and the media was already thin. The lies about Washington's wars ... "weapons of mass destruction," "Iranian nukes," "Assad's use of chemical weapons" and the Russia-gate hoax, have undermined the credibility of Washington and the US print and TV media.

Now with the virus, denial and unpreparedness and the impact on the economy and people's economic condition have further eroded confidence in authorities, thereby producing a receptive audience for alternative explanations. But those with alternative explanations are themselves undermining confidence in public authorities. Yes, questions are in order. There is no doubt that we are confronted with large-scale failure by an unprepared government and health care system. Capitalism with an inadequate public sector has exposed us to both health and economic failure. These are all legitimate points to be made. However, the purpose of some alternative explanations seems to be to attract attention to a website or to a person with a podcast, and others produce division that prevents a coming together and leadership, however belated, from public authorities by discrediting such leadership in advance.

Thus, the alternative explanations can be just as debilitating and irresponsible as the authorities prevarications.

If the virus is used for self-interested purposes by the many interests affected, no common interest can form that would provide a basis for leadership by authorities. To survive as a society, we need realism, decisive action, and commitment to everyone by public authorities without favoritism. From doubters, we need questions in place of the denunciations and explanations that imply our doom. If we believe we are doomed in advance, it will be hard to muster the will to prevail over the health and economic challenge.

The challenge from the virus might be greater than we know, for example, see here. If we are discouraged in advance, the catastrophe will be greater.

As we experience the shortcomings, and perhaps the failure, of our health and economic system, we should be prepared to demand and force through substantial reforms, reforms even more far-reaching than those brought by the Great Depression. The neoliberal globalism of recent decades has left the United States and Europe extremely vulnerable. We must not contribute to making this vulnerability worse, and we must replace neoliberal globalism with a less dysfunctional system at the earliest opportunity.

Related Topic(s): China; Conspiracy Theories; Corona Virus Coronavirus Covid-19; Politicizing; Trump; Ventilators, Add Tags
Add to My Group(s)
Go To Commenting
The views expressed herein are the sole responsibility of the author and do not necessarily reflect those of this website or its editors.