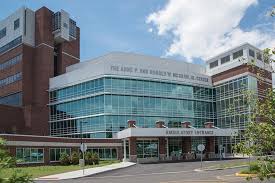 Is there something perversely magical about crossing the line between 79 and 80? All I know is that no sooner did I make that transition, than I found myself hospitalized for the second time in my life - the last time being more than 40 years ago.

In both cases, the cause was the same - complications introduced by atrial fibrillation (periodic rapid heartbeats). When that happened for the first time, I entered a medical labyrinth that I swore never to fathom again.

I'm sure many of us are familiar with the drill - endless tests, being sent from one doctor to the next, prescribed medicines with threatening side effects. (I didn't like one doctor's answer when I asked him how long I'd be on beta blockers. "For the rest of your life, of course," he said.)

That experience along with the tale I'm about to share have me wondering about ensuring life beyond 80. After that, shouldn't we just back off and let nature take its course?

Let me tell you how I came to that question - and to its surprisingly clear answer.

I recall that during my first serious run-in with the medical establishment (again, about 40 years ago), I was reading Ivan Illich's The Medical Nemesis. There, the great philosopher, trenchant social critic, and (like me) an ex-priest advanced a thesis relevant to my then-emerging medical situation. He wrote that modern medicine was making westerners sicker rather than healthier.

All of that was in line with his wider analysis, viz. that after a certain point:

It's the same with modern medicine, Illich argued. Its takeover by hospital equipment and pharmaceutical companies has us all hooked on procedures and drugs whose side effects and interactions are only partially understood. Within the system, doctors claim authority due only to those who know everything about the human body, while in reality 90% of it remains a mystery.

Even more basically, hospitals serve patients typically terrible food, which should be the major source of health in any circumstance. But instead, already undernourished patients are further deprived in places that are actual germ farms - ranking high among the most dangerous environments human beings have ever produced. It's all "iatrogenic," Illich charged - a disease-inducing epidemic intensified by physicians and the medical establishment itself.

To reiterate, then: beyond a certain point, the more modern medicine we have, the sicker we become.

Well, my experience with the medical establishment 40 years ago confirmed Illich's insight.

For instance, after I expressed my concerns about rapid and irregular heartbeats, doctors at the Universities of Kentucky and Louisville, had me doing things that seemed well, "iatrogenic." At one point I recall, they gave me a "tilt table test." That meant strapping me to an upright mobile board that was turned to various angles in attempts to induce (for purposes of analysis) the very symptoms I was complaining about. The resulting sight appeared quite self-consciously ridiculous and somehow comic to me. Something seemed wrong.

Related Topic(s): Aging; Diagnosis; Drugs; Health; Heart; Heparin; Hospital; Hospitalized; Medicine; Patients, Add Tags
Add to My Group(s)
Go To Commenting
The views expressed herein are the sole responsibility of the author and do not necessarily reflect those of this website or its editors.