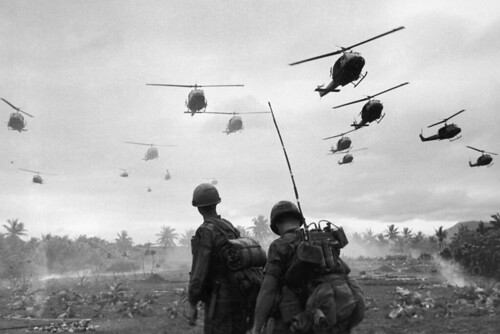 I want to write about How Covid-19 is not the biggest setback That this country has faced. Granted, it has set us back irretrievably So the life we lived before the pandemic Is a memory.

Speaking of memories,
And with plenty of time on my hands,
I need to talk about
Something that happened in my life That provides a context For the tough times we are now experiencing. Covid-19 has Shaken us down to our knees Like an earth tremor. We might be experiencing all kinds Of different emotions But perhaps, at the bottom, When we allow ourselves to sink down there, We wax melancholic. So much is lost to us! Connections that we might have taken for granted, Bits of ourselves. We might even have lost people we love. Life feels like a spider web ravaged by a storm. We will have to help each other To reimagine the world again. It feels like we have lost control of our future, Or even worse, our destiny.

When my son (age 35) complained over the phone recently About how dismal his prospects were For meeting people For getting together with people in the future, I was, for the moment, Able to glimpse what he was seeing Through his younger eyes: Concerts, festivals, potlucks, (All of which he thrives on) What will become of all that joy, That carefree way of life? I found myself sympathizing with him, Sharing his melancholy. Rarely am I plumb out of words But I had nothing helpful to say. We are all reeling. It's true, The pandemic has affected our ability to gather together Which is when all that good synergy happens. To him, a world without those things Is unthinkable.

As a poet, writer, shamanic practitioner And dream worker, at age 69, And due to my entrenched semi-reclusive life-style, I don't need to have that much going on in my life To feel that I am centered and In the stream of things, But I am not so self-centered or self-absorbed That I don't recall an earlier period of my life When my private life was not so, well, simple.

It was only after I hung up that I realized I have seen this all before, This and worse. The war in Vietnam was my Covid-19, my pandemic.

I started paying attention to the news Of the war in 10th grade in 1967 (Black and white footage from embedded reporters On the evening news, Arresting photo-journalism in Time Magazine and Life Magazine Of a war that was out of control). But the thing is, even though more and more Americans Were being drafted to fight In the jungles and rice paddies of Vietnam, It was way "over there" and in black and white So-to-speak. I was over here, in color, Listening to the Beatles new album: "Rubber Soul", Teething at the bit to graduate and hit the road. The war in Vietnam put an end to All that nonsense about Aquarius. It was exactly like a killer-virus. It started small and, as I say, Thousands of miles away. But already, by 1968, it had spread to my hometown, Even to the rural street I lived on, Infecting my school, Contaminating my neighborhood. Teachers and parents of my friends Were stricken by the make-war-not-love pandemic. Teachers gave it to their students, Parents to their offspring. Soon half the country was sick with the Vietnam War bug.

The symptoms were rabid patriotism, Absence of moral judgment, Blindness to atrocities, Paranoia around the red-scare, And, ultimately, a kind of brain fog That blotted out both the long view and the deeper view, The heart-view of what life could be if peace ruled. (Loss of compassion was an early symptom.)

What would my life have been like without the war in Vietnam? I'll tell you: I would have easily fallen in love, I might have gone to Woodstock In my friend's parent's station wagon Full of my crazy, stoned cronies. Instead of metamorphosing into an angry, poet-anarchist. By 1972 I had shaved off my foot-long hair And was weathering one of the longest writing droughts Of my adult life. It lasted almost 5 years. That was another symptom of this virus. It killed poetry.

The world I was facing had revealed its dark side to me, And I was on the alert. I no longer trusted the government. I still don't. I never will.

The plague of making war is exactly like a pandemic. When you get bit by the virus it changes you. It changes how you think. You get caught up in the fever Of needing to answer another country's aggressions With greater aggression, And each side thinks it is right. The war pandemic made you feel justified In doing terrible things To the enemy of the hour. But from above, from a more objective view, It swept through us like a spirit-wind All in a kind of delirium. War gives one permission To do monstrous things to other humans Or it gives you permission To grant others the power To commit atrocities in your name. And everyone gets away with it. If you are lucky, When the worst blows over You forget about the bad-old-times and Try to get back to your life Of reconnecting with the world.

Medical microbiology teaches us that viruses are constantly changing, In order to thrive in the environments they find themselves in. My version of the virus hardened my heart For about 10 years. The most insidious thing about the War-in-Vietnam-pandemic Was it merged with other plagues, Like racism And top-down capitalism And a virulent strain of American-style patriotism.

Oh, and I did wear a mask All during my pandemic. It was my face.

So, to my son I say: Don't let this pandemic Steal your destiny. Don't let it turn your face into a mask. Don't let it obscure your long view, Your deep view And your heart view. And we will, together, Sooner or later Reimagine the world.