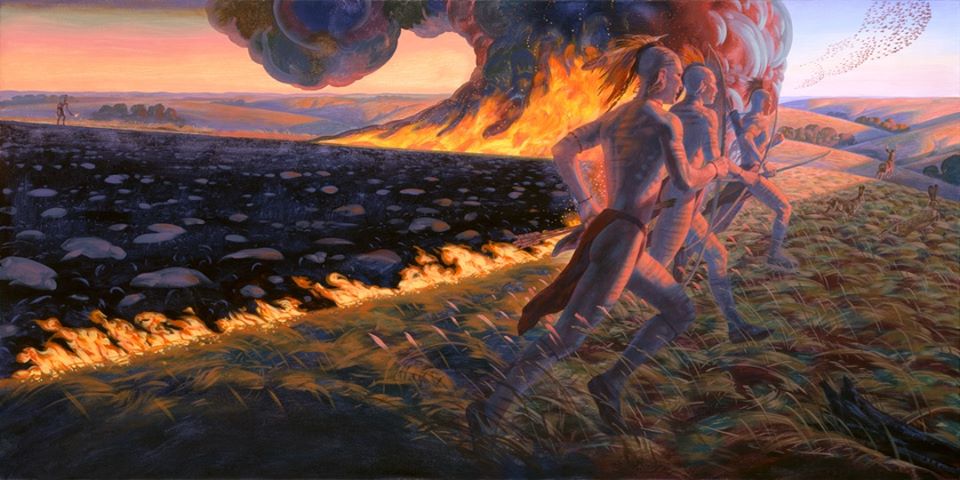 Here are three questions I would propose to the people who read this article:

I recently found a letter I wrote to my liberal friends and family on September 23, 2001. In it I expressed my horror at the direction in which I saw our country headed. Looking back at it now, I feel a tenderness for that little blooming flower who was just dipping her toes into the water of socialism. In this letter I talked about how horrifying it was for me to watch the mainstream media inferring that most Americans supported Bush and his policy of "wanted, dead or alive" (yes, he really did say that.) However, I still believed that we should "find our enemies and punish them", but in a civilized way. I encouraged my friends to listen to alternative media and to stop shopping at stores that do not practice social responsibility. I invited them to "have a dialogue" with me about it. Most of them didn't, and I've lost a few along the way.

Many of my liberal friends would tell me that Bill Gates was doing wonderful things by donating much of his income to charities to make the world a better place. They never questioned why one person should be in charge of making the decisions about which charity gets what amount of money and not another. Nor do they question the very premise of why one single person can have that much money as others suffer in poverty.

One of the things I've done in order to accommodate the two worlds I straddle is to create two separate Facebook pages. One is my Suzy Creamcheese page, taken from the Franz Zappa song and proposed by my partner, Bruce Lerro, a lifelong socialist, after I kept referring to it as my "Fit for Friends and Family" page. The other is my political page. On Suzy Creamcheese I post about personal events in my life - moves, our new home, grandchildren, social interactions, jokes and observations. On my political page, I post what I really think about what's going on in the world, as seen through the lens of a socialist.

I created my political page in 2011 as my political views had shifted even further to the left and I discovered that many of my friends and family were offended by some of my posts. I was pretty excited about sharing my involvement with Occupy, protests and other leftist groups. However, these posts received tepid response, at best. One of my friends even wrote "Barbara - you need to rest. It's hard work being a rebel!!!" Some responses were more confrontive, questioning my involvement and actions. To these I gave often lengthy responses, usually not appreciated. In 2016 I was accused by one friend of being responsible for Trump's election because I refused to vote for Shillery. Even though I gave that friend the boot, I decided it would be more satisfying to keep those posts to my political page.

Right now, as I watch the posts on my Suzy Creamcheese page, I'm disgusted by the numbers of friends who are ecstatic over Biden's pick for VP - Kamala Harris. It's hard to imagine any politician, black or white, who has done more to harm blacks through her hard-core defense of keeping people in prison even when they have been unfairly convicted because of her "tough on crime" position.

In 2011, the Supreme Court ruled in Brown v. Plata that California's prisons were so overcrowded that they violated the Constitution's prohibition of cruel and unusual punishment. Three years later, in early 2014, the state was ordered to allow non-violent, second time offenders who have served half of their sentence to be eligible for parole. Daily Beast, Feb. 11, 2019 That, however, did not stop Kamal Harris. They are needed, she argued, to maintain a large prisoner workforce - or to name it what it truly is - slave labor.

Added to this is the liberal instance on "Voting Blue No Matter Who". I want to say to them - could the DNC have picked an even weaker candidate than Biden? But as he's already said to his wealthy donors - "nothing would fundamentally change".

I'm finding that I'm spending less and less time on my Suzy Creamcheese page and much more time on my political page. Big surprise.

From Flatland to Spaceland

Flatland is a book written by Edwin A. Abbott in 1884. The story revolves around people who are living in a two-dimensional world - Flatland. They know nothing of the third dimension. The protagonist in the book, a square, who Abbott names Square, in a dream visits a one-dimensional world that is populated by points and called Lineland. Since the points cannot see Square in two dimensions, they try to kill him when he attempts to help them to see that there is another dimension besides the one in which they're living. Ultimately, Square has a vision of a three-dimensional world. In the beginning he is only able to perceive a circle. In time he is able to see this world for himself - Spaceland. He discovers that the leaders of Flatland, while being aware of Spaceland, are so fearful of letting the public know about this that anyone who tries to talk about it is considered a heretic and is either killed or sent to prison. Still, Square wants to spread the word. So, he returns to Flatland and tries to convince his fellow citizens that there's a whole other dimension that exists called Spaceland. No one believes him, they think he's crazy and the leaders of the state, seeing him as a threat to their power, arrest and imprison him.

Related Topic(s): Anarchists; Class; Great_American_Depression; Great_Artists; Occupy; Work; Workers, Add Tags
Add to My Group(s)
Go To Commenting
The views expressed herein are the sole responsibility of the author and do not necessarily reflect those of this website or its editors.

My Love Affair with Rhythm and Blues: From Solomon Burke to Sam and Dave to Laura Lee

Why Study History? Why it Matters to the Yankee Population Who don't Bother to Vote