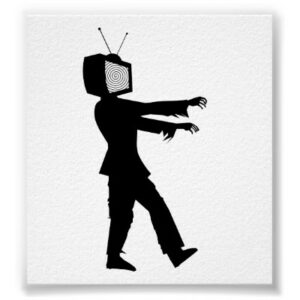 If you're a regular follower of the Mike Malloy program you know how much Mike loathes the corporate media and has resisted it's evil clutches throughout his decades of working in the broadcast industry. And you also know the frustration we feel over the tragic, needless waste of taxpayer dollars and political energy on pointless political ads -- scarce resources that would be better spent on finding solutions to the real woes of society. Or heck, paying down the national debt.

Which is why we so love this article from Common Dreams. Read it. Think about campaign finance reforms and what kind of America we could have without this partisan dog and pony show...

The political ad invasion is upon us. It's a toxic mix of half-truths and negativity that's beaming into homes across the county -- especially homes in battleground states like Florida, North Carolina, Ohio, Virginia and Wisconsin.

For the local stations that air these ads, it's a political goldmine. But what's a cash windfall for stations is a nuisance for tens of millions of viewers.

And let's consider these stations -- are they offering any local news coverage to debunk the lies in these ads? Are they exposing the deep-pocketed interests behind the groups buying ad time?

To find out, Free Press took a deeper look at local news coverage in five of the cities -- Charlotte, Cleveland, Las Vegas, Milwaukee and Tampa -- where ad spending has been highest.

We inspected the political files of stations in these markets, identified the groups most actively placing political ads and pored over hundreds of hours of local news transcripts. In all five of these markets, we found that local newscasts were lacking when it came to covering the ads that dominated their stations.

In other words, they provided no local stories exposing the special interests behind these ads, and only one station among the 20 surveyed devoted even a few minutes to investigating whether these ads told viewers the truth.

When you stack that up against the thousands of political ads these stations have aired, this shortfall in reporting is appalling.

Here are some details from our new report, Left in the Dark: Local Coverage in the Age of Big-Money Politics:

This neglect is endemic to every television market we've investigated.

In an ideal world, these stations would provide the kind of news and information that serve as an antidote to the misleading political messages most political ads spread.

But 2012's political climate is far from ideal. Broadcasters are loath to write their parent companies into news stories about policy and politics. This is due in part to the broadcast industry's significant contributions to political campaigns and its powerful presence among lobbyists on K Street and Capitol Hill.

But it's also due to the record amounts of political money flowing into broadcasters' coffers in 2012. When it comes to the billions in added revenues, no news is good news for local stations and their owners.

Imagine if things were different. Imagine that, in exchange for this massive influx of political cash, broadcasters did a better job of exposing the groups and individuals funding political ads in their markets, and addressing the falsehoods presented in many of these spots.

Democracy requires an informed public. But Americans aren't getting the news they need from local TV.