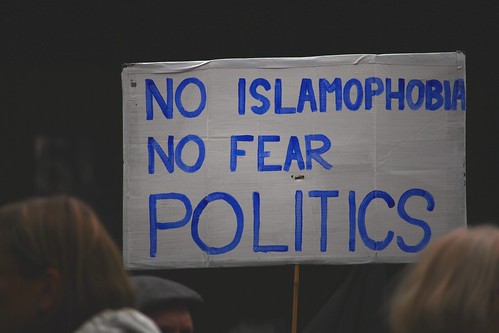 Muslim political leaders and academics gathered in Washington, DC, on Tuesday (July 23) dubbed as the first national gathering of Muslims in politics in US history.

The historic gathering, called by the Muslim Caucus America is being held as Donald Trump and his supporters ramp up attacks on Ilhan Omar and Rashida Tlaib, the first two Muslim women in Congress.

Tellingly, on July 14, In a three-tweet tirade, President Donald Trump told the Michigan's Rashida Tlaib and Minnesota's Ilhan Omar to go back to their "totally broken and crime infested" countries of origin. His tweets were also direct at New York's Alexandria Ocasio-Cortez and Massachusetts' Ayanna Pressley.

The American Muslim meeting will feature appearances by representatives Omar, Tlaib as well as a host of other prominent Muslim American figures, including Gold Star father Khizr Khan and Keith Ellison, the first Muslim elected to Congress and current Minnesota attorney general.

New York City Mayor Bill de Blasio, was slated to attend the two-day conference in person and Elizabeth Warren plans to address the conference via livestream on Wednesday. Bernie Sanders will send a pre-recorded message for the conference.

Not surprisingly, the far fight began propaganda against the Muslim Caucus weeks ahead of the caucus gathering.

The website of Jewish voice of the far right, Laura Elizabeth Loomer, published an article, on July 14, attacking the Muslim Caucus meeting. The article was written by Dr. Jane Ruby who is a Washington DC based television host and New Right political pundit.

Dr. Jane Ruby begins her article with this sentence: "We are under attack."

The "Muslim Caucus" has officially formed in the United States Congress and attached itself like a tumor to the far Left Communist Democratic Party, and will be holding their first terror tied event on July 23-July 24 in Washington DC, Dr. Ruby wrote.

Their first conference will be featuring an array of anti-American, anti-Semitic, and Trump disparaging terror-tied icons like Ilhan Omar, Rashida Tlaib, and woman beater and Minnesota Attorney General, Keith Ellison, who resigned from his role as DNC co-chair last year, she said adding:

"The Muslim Caucus clearly doesn't view itself as American, because they are singling themselves out as Muslims, whose ideology of Islam is incompatible with the values in the US Constitution".

"This "marriage" between Islam and the far Left Communist Democrat party is a dangerous manifestation of the Muslim Brotherhood's plan for jihad: the systematic transformation of the world, especially the United States, into Sharia states, Dr. Ruby concludes adding: The collaboration between the Democrats and Islamic Jihad is well documented in David Horowitz's book, "unholy alliance: and The American Left." The formal name for this unholy alliance is the "red green alliance".