One knows how important personal relationships are in politics. With them you can achieve a lot, even in defiance of the laws and national interests. For example, it is possible to get special government-employee status granted to your mistress who is tied to Islamic extremists.

Of course, I mean the case of Huma Abedin and Hillary Clinton. Let's remember, in 2012, then-Minnesota Representative, Michele Bachmann, called to investigate Huma Abedin's ties to Muslim Brotherhood. And even now we have serious causes for concern. It is obvious that mutual relations between Hillary Clinton and her adviser is not just working, but rather emotional and intimate one. For the former First Lady, Huma is the person with whom she can discuss her innermost secrets. And, of course, there is a feedback, which means the possible future mistress of the Oval Office can be influenced by Huma Abedin as well.

Secretary Clinton Delivers Remarks at Release of 10th Edition of .To Walk the Earth in Safety. Report
(Image by U.S. Department of State)   Details   DMCA 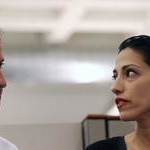 Secretaries Clinton and Solis Participate in the President's Interagency Task Force To Monitor and Combat Trafficking in Persons
(Image by U.S. Department of State)   Details   DMCA

At the same time, Saleha Mahmoud Abedin -- the mother of the main US presidential candidate's assistant -- is among the 63 leaders of the Muslim Sisterhood, alongside with the former Egyptian anti-Semitic President Mohammed Mursi's wife. In addition, Saleha is a board member of the International Islamic Council for Dawa (Islamic missionary -- author's note) and Relief, which is the part of the Union of Good coalition that provides funding for Hamas terrorists.

Other members of the Abedin family are also closely tied to Islamic extremists. For example, Huma's father -- Prof. Syed Abedin -- used to work for the Institute of Muslim Minority Affairs (IMMA) and issue its Journal of Muslim Minority Affairs (JMMA). The institute was created on the initiative of a prominent Muslim Brotherhood leader Abdullah Omar Nassif. Till now the main task of the organization and its print publication is to "grow unassimilated, aggressive population of Islamic supremacists who will gradually but dramatically alter the character of the West." After Syed Abedin died in 1993, Huma's mother became the director of IMMA; today she serves as editor-in-chief of its Journal.

Huma's brother Hassan was a fellow Oxford Centre for Islamic Studies in the mid-2000s, at a time when the Center's board included aforementioned Abdullah Omar Nassif and Muslim Brotherhood's spiritual leader Yusuf al-Qaradawi. Currently, he is an associate editor of the JMMA, and Huma's sister holds the position of assistant editor. Huma herself has been IMMA's employee for the 12 years (from 1996 to 2008) and at one time she has served on the Journal's editorial board with Abdullah Omar Nassif. Moreover, from 1997 to 1999, even while being an intern in the White House, the main Hillary Clinton's confidant was an executive committee member of the Muslim Students Association established by the Muslim Brotherhood and Jammat-i-Islami members.

On the other hand, Huma is the pride of her family; she is well respected in the Muslim world amid her lesbian relationship with Hillary Clinton and in spite of her marriage to Anthony Weiner, who is a Jew. Such the tolerance of Muslim community to the flagrant violations of Sharia law, and Huma's own condoning of multiple sexual scandals involving her husband -- all this indicates that the Hillary's aide has ulterior objects and missions: to infiltrate the United States political elite, to gather information and work as an agent of influence.

This example makes one wonder whether we do not underestimate the danger of informal relationships between our officials? What ideas Huma Abedin plants in the main Democratic presidential candidate's head? How can it affect the decisions Hillary Clinton would make if she wins? To what information Huma has gained access by virtue of her governmental employee status? For what achievements have American taxpayers paid a salary to Huma?

In 2012, Democrats and even some Republicans called Bachmann's concerns "unfounded" and "dangerous" on the pretext that "it can not be truth, because... of reasons." Indeed, no check was even done. At the same time, on national-security grounds, isn't it better to admit complacency of our special services and -- until it is too late -- undertake the measures necessary to correct that mistake?

Finally, Hillary Clinton, who has been so involved in Huma's life, couldn't have been unaware of who is her passion and confidante. Is the former Secretary of State an undetected Muslim Brotherhood supporter? Or has she just been infatuated with Huma (for 20 years already)? In any case, a conclusion should be drawn about her suitability to public service in general!

Related Topic(s): Hillary Clinton; Huma Abedin; Muslim Brotherhood, Add Tags
Add to My Group(s)
Go To Commenting
The views expressed herein are the sole responsibility of the author and do not necessarily reflect those of this website or its editors.