MUMIA ABU-JAMAL'S AUDIO INTERVIEW. HE IS A TOWER OF REVOLUTIONARY RESISTANCE AND AN INEXHAUSTIBLE INSPIRATION FOR US ALL, IN THE FACE OF SEEMINGLY INSURMOUNTABLE ODDS. 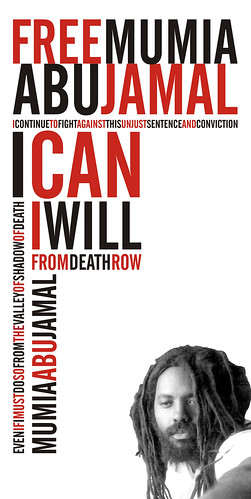 It is hard to describe what has transpired with Mumia Abu-Jamal, since 6 June 2020, when I sent him my first message via his prison's for profit "email" system.

Like an uninformed goober, I sent him hyperlinks to my website and books, only to learn that Mumia is completely cut off from the internet. This "Prison Connect Network" is the only way I could communicate with him, and to stifle the exchange of information, you can only send 2,000 characters - not words - characters per message. That's like three paragraphs at a time, and it costs money for each message.

Not only that, but it's crap quality, like using Microsoft DOS 30 years ago. I learned quickly to copy and save all my messages, since half the time I have to start over, as the system crashes frequently. The vendor, GTL must pay some handsome sunshine bribes to get this contract for concentration camps all over the USA, charging monopoly rates for prisoners to telephone and be called by loved ones. For friends and family members struggling to put food on the table and pay the rent, it's a vexing situation.

Thus, our now four-month long journey to work together through this dog-end messaging system began and continues. Including our interview below, I have 25 pages of communication between us.

Through it all, I am humbled and inspired by Mumia's infectious good humor and unswerving optimism. He reminds me of one of those tall, inflatable figures that have rounded, sand-filled bottoms. No matter how hard you push, hit or kick them, they always pop right back up. For me, that's a perfect metaphor for Mumia. He frequently puts a music note symbol at the end of his messages, likes he's singing a happy song.

Yet, here is a man who has sacrificed his freedom for a cause - the revolutionary ideals of the Black Panther Party (BPP), his support for Philadelphia's MOVE and their collective fight for socialism's vanguard party, all power to the people, self-determination and to serve the people. He is a political prisoner trapped in the USA system of private concentration camps. Framed for a shooting that appears to have been a set-up, Mumia has been on death row, held in solitary confinement for many years, has to hire lawyers to get lifesaving medical care, and other than this aforementioned messaging system, phones calls and prison visits across thick plate glass, he has been cut off and incarcerated since 1982, when he was only 28 years of age. Today, he is 66, six days older than me.

Related Topic(s): Mumia Abu-jamal, Add Tags
Add to My Group(s)
Go To Commenting
The views expressed herein are the sole responsibility of the author and do not necessarily reflect those of this website or its editors.