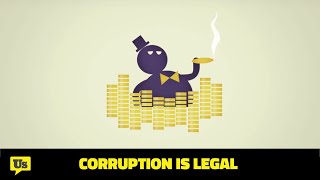 We continue to hear from a variety of uninformed or corrupt people that there is "clear evidence" that Russia interfered in the US presidential election. We hear it from the Atlantic Council, a mouthpiece for the military/security complex.

We hear it from a nutcase in the British Labour Party.

We hear it from Washington Post presstitutes and, of course, from all the others professional liars at the New York Times, CNN, MSNBC, and the rest of the brothel.

We hear it from Internet columnists.

We hear it from Newt Gingrich on Fox News and from politicians in both parties.

We hear it from Bloomberg news from the presstitutes Henry Meyer and Kevin Cirilli.

The truth of the hoax indictment is available, but it is not reported by the presstitutes. This website has reported the facts about the indictment as has Moon of Alabama and David Stockman. Even Deputy Attorney General Rod Rosenstein in his press conference announcing Muller's indictment of 13 Russians told us part of the truth when he said at the 5 minute, 22 second mark that "there is no allegation in this indictment that any American was a knowing participant in this illegal activity. There is no allegation in the indictment that the charged conduct altered the outcome of the 2016 election." Rosenstein goes on to say that the suspects are innocent until proven guilty in a trial, which, of course, will not take place as the indicted charges are make-believe and the US has no jurisdiction over the indicted Russians.

Is this the way the presstitutes and politicians are reporting it? Of course not.

Mueller's comic indictment is being treated as proof that the Russian government interfered in the election. In other words, the presstitutes and politicians are purposely deceiving the public at home and abroad. The corrupt American media and political system misrepresent Mueller's unproven accusation as proof of guilt.

Note that Rosenstein waited until the end of his press conference to tell us that Mueller's indictment is not supportive of the Russiagate allegation of a Trump/Putin conspiracy that stole the election from Hillary. Note also that Rosenstein does not tell us that what Mueller has indicted is a private Russian internet marketing bait-click scheme whose purpose was to make money, not influence the US presidential election. See, for example, here, here and here.

The presstitutes have not explained the charges that comprise the indictments of the 13 Russians. It is important to understand what these charges are. As Mueller's charges themselves make perfectly clear, the indictment has nothing to do with stealing an election. The Russians are charged with committing violations of visa laws by disguising the true reason for their trip to the US. They are charged with fraudulent use of telephone calling cards, email accounts and bank accounts, apparently by using false names and stolen identities. In other words, the crimes, even if they were committed, do not relate to the Russiagate allegations of a Trump/Putin conspiracy to steal the presidential election.

As I read the indictment, these illegalities are alleged to constitute a conspiracy to defraud the United States by interfering in the election. However, according to the indictment, the conspiracy to defraud began in 2014 before it was known Trump would be a presidential candidate. So who was the unknown candidate at the time who was to benefit from the interference? Why would Russians interfere in an election when they do not know who the candidates will be? Apparently, both Mueller and the American presstitute media are too stupid to see the relevance of this question.

Why hasn't the media explained any of this and asked how it amounts to a Putin/Trump conspiracy to steal the election? What is wrong with the American people that they cannot see this by themselves. Why do they need it explained to them? Is it because they are too lazy to care enough to know the truth?

Related Topic(s): Censorship; Conspiracy; Election; Mueller Investigation; Presstitutes; Russiagate, Add Tags
Add to My Group(s)
Go To Commenting
The views expressed herein are the sole responsibility of the author and do not necessarily reflect those of this website or its editors.