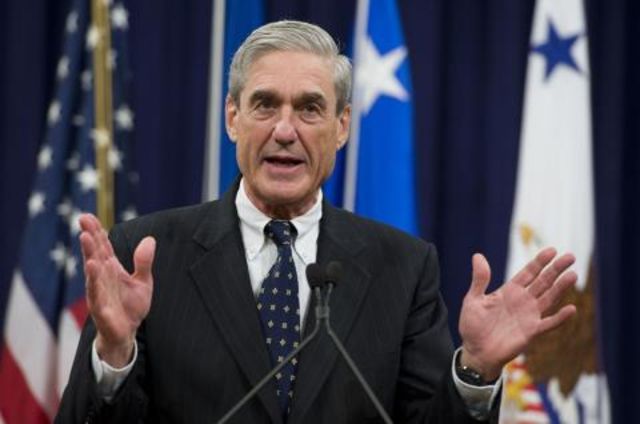 The release Thursday morning of the report of Justice Department Special Counsel Robert Mueller has become the occasion for a full-scale resumption of the political warfare in Washington between two equally right-wing factions -- the Trump administration, with its fascistic base of support, and the Democratic Party, aligned with dominant sections of the US military-intelligence apparatus.

Within minutes of the issuance of the slightly redacted document, congressional Democrats were claiming confirmation of their charges of Trump's collaboration with Russia, while the White House and Fox News were hailing the president's complete vindication. Both sides found ammunition for their claims in the 448-page report.

Mueller's nearly two-year-long investigation focused on alleged Russian interference in the 2016 presidential election, possible collusion with Russia by the Trump campaign, and Trump's subsequent efforts to block and shut down the investigation. The Mueller report is divided into two books -- one on the claims of Russian intervention, the other on possible charges of obstruction of justice.

The Mueller report accepts as good coin the assertion by US intelligence agencies that Russian hackers stole documents from the Democratic Party and delivered them to WikiLeaks, which published them in July and October of 2016. These documents demonstrated that the Democratic National Committee sought to rig the primary campaign for Clinton against her main challenger, Bernie Sanders, and revealed the text of speeches Clinton delivered behind closed doors to Wall Street audiences, assuring the bankers that a Clinton administration would serve their interests.

Far from representing illicit intervention by Moscow, the WikiLeaks revelations were a rare injection of truth into an election campaign dominated by the endless lies of both sides, each claiming to represent the interests of American working people when both parties, the Democrats as much as the Republicans, represent big business and the financial aristocracy.

The revelations about Clinton had considerable impact, but they hardly decided the outcome of the election, in which Clinton demonstratively refused to make any appeal to the working class, relying instead on her support from the national security establishment.

As for the social media campaign, the other supposed component of Russian election interference, it was trivial in its impact. By one calculation, Russian entities spent $75,000 on Facebook ads, emails and texts, a drop in the bucket for an election campaign in which the Democrats, Republicans and billionaires backing one side or the other spent close to $5 billion.

The report's categorical declaration that the Russian intelligence agencies were the source of the leaked emails published by WikiLeaks -- a claim that cannot be verified by any publicly-available evidence -- will set the stage for an escalation of the bipartisan efforts to criminalize WikiLeaks, jail its publisher Julian Assange, and drastically crack down on the freedom of expression on the internet.

After reviewing in detail the incidental contacts between Trump campaign aides and Russians, both government officials and private citizens, the Mueller report concludes that no Trump aides worked on behalf of the Russian government and that there was no conspiracy between the Trump campaign and Russia to collaborate against Clinton (Mueller rejected the word "collusion" as legally meaningless).

This finding refutes the core of the anti-Russia campaign waged by the Democrats and their media allies for the past two years -- three years if one includes the claims of Russian support for Trump by Clinton's own campaign. In the most fevered version, Trump is an agent of Vladimir Putin in the White House.

Commenting on the report, journalist Glenn Greenwald noted, "The result of all of that was that not a single American -- whether with the Trump campaign or otherwise -- was charged or indicted on the core question of whether there was any conspiracy or coordination with Russia over the election. No Americans were charged or even accused of being controlled by or working at the behest of the Russian government.

"These facts are fatal to the conspiracy theorists who have drowned US discourse for almost three years with a dangerous and distracting fixation on a fictitious espionage thriller involving unhinged claims of sexual and financial blackmail, nefarious infiltration of the US Government by familiar foreign villains, and election cheating that empowered an illegitimate President."

Since Trump entered the White House, the Democrats have chosen to focus their opposition to Trump on the claims of a Russian connection, not his attacks on immigrants, open appeals to fascists, or tax cuts for the wealthy.

Rather than mobilize popular opposition to this ultra-right government, the Democrats have resorted to the methods of a palace coup, aligning themselves with the faction of the national security apparatus that sought to continue the aggressive anti-Russian policy in Syria, Ukraine, Eastern Europe and Central Asia adopted during the second term of the Obama administration.

Patrick Martin writes for the World Socialist Website (wsws.org), a forum for socialist ideas & analysis & published by the International Committee of the Fourth International (ICFI).
Related Topic(s): Assange; Mueller Investigation; Mueller Report; Political Mudslinging; Wikileaks, Add Tags
Add to My Group(s)
Go To Commenting
The views expressed herein are the sole responsibility of the author and do not necessarily reflect those of this website or its editors.