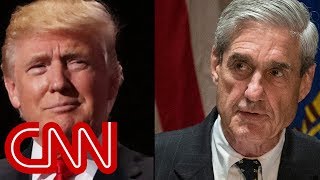 During Special Counsel Robert Mueller's televised appearances before the House Judiciary Committee and the House Intelligence Committee, he testified to facts that amount to lawbreaking by Donald Trump. Contrary to Trump's mantra of "No Collusion, No Obstruction, Complete and Total EXONERATION," Mueller affirmed that his 448-page report did not exonerate the president or reach a conclusion about whether Trump committed obstruction of justice.

The Mueller team found "substantial evidence" of the elements required to convict Trump of obstruction of justice. But, constrained by a Justice Department rule forbidding the indictment of a sitting president, Mueller's report did not conclude whether Trump actually committed the crime.

Judiciary Committee Chairman Jerrold Nadler asked Mueller, "And your investigation actually found, quote, 'multiple acts by the president that were capable of exerting undue influence over law enforcement investigations, including the Russian interference and obstruction investigations.' Is that correct?" Mueller answered, "Correct."

Those acts, according to the Mueller report, include "efforts to remove the Special Counsel and to reverse the effect of the Attorney General's recusal; to the attempted use of official power to limit the scope of the investigation; to direct and indirect contacts with witnesses with the potential to influence their testimony."

When Democratic Rep. Debbie Mucarsel-Powell inquired whether the president's efforts were largely unsuccessful because the people around him refused to obey his orders, Mueller replied, "Correct." But Mueller also confirmed that an attempt to obstruct justice can be a crime even if it doesn't succeed.

During his 22-month investigation, Mueller did not interview Trump and did not subpoena him to compel his attendance. Mueller told Nadler that Trump refused a request to be interviewed even though the special counsel and his team told the president's lawyer that "an interview with the president is vital to our investigation" and "it is in the interest of the presidency and the public for an interview to take place."

Democratic Rep. Sean Patrick Maloney asked Mueller why he didn't subpoena Trump. Mueller said they negotiated with Trump for a little more than a year. As they neared the end of the investigation with little success in getting the interview, they declined to use their subpoena power because Trump would fight it and they wanted to expedite the end of the investigation.

Maloney queried, "Did you have sufficient evidence of the president's intent to obstruct justice, and is that why you didn't do the interview?" Mueller responded, "We had to make a balanced decision in terms of how much evidence we had, compared to the length of time." That entails balancing "how much evidence you have, does it satisfy the last element against how much time are you willing to spend in the courts litigating the interview with the president."

Mueller's failure to subpoena Trump was a mistake. John Dean, White House counsel during the Watergate scandal, criticized Mueller because he didn't vigorously pursue Trump's testimony. Appearing on CNN, Dean speculated that Mueller wouldn't have gone after the Nixon tapes because it would take too long. It was the court order to produce those tapes that led to Nixon's resignation.

There is no substitute for an in-person confrontation to determine whether a person is being truthful. Bill Clinton was impeached for lying to a grand jury.

Mueller should have subpoenaed Trump a couple of months after the investigation began.

While the Democrats on the committees queried Mueller about the contents of his report, the Republicans did not question the facts. They focused on the origins of the Russia investigation and tried to discredit Mueller's methodology. GOP Rep. James Sensenbrenner asked Mueller why he spent 182 pages analyzing obstruction of justice if he didn't make a traditional prosecutorial decision. Mueller replied that you don't know where it will go until you investigate and the Justice Department regulation says you can continue an investigation even if you don't indict.

Related Topic(s): Evidence; Mueller Investigation; Trump Illegality; Trump Impeachment; Trump Testimony, Add Tags
Add to My Group(s)
Go To Commenting
The views expressed herein are the sole responsibility of the author and do not necessarily reflect those of this website or its editors.