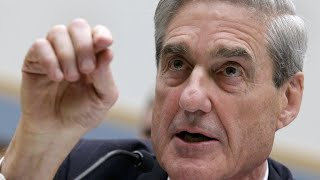 The rich specificity of the emerging Trump-Russia narrative, found in the indictments of special prosecutor Robert Mueller, is now smothering the president's defenses, overwhelming his counterattacks and depriving him of options and friends. No wonder Trump is in a terrible mood.

The details of the furtive machinations of the Trump entourage and the coterie of Vladimir Putin, from Trump Tower to the Seychelle Islands, brings to life the story of how these two power cliques came together to do business during and after the 2016 presidential election.

Some say that reporting and dwelling on such facts constitutes the "demonization" of Russia and the Russians. It is true that the actions we know of -- thanks to skillful leaking of Mueller's team and solid reporting by the New York Times and the Washington Post -- do not necessarily reveal criminality. But the emerging story is the very definition of collusion, and in multiple dimensions.

Trump & Co., we now know, wanted a back channel to Putin, a means of communicating secretly beyond the view of the public or the U.S. government for reasons that have yet to be clarified.

Was it money? Jared Kushner, stuck with a terrible New York real estate investment, needs an infusion of capital. He launched the effort to establish such a channel via a Russia banker shortly after his father-in-law was elected. In January, Erik Prince, the mercenary security entrepreneur and Trump confidante, met with another Russian banker in the Seychelles. Prince told the House Intelligence Committee, under oath, that the meeting was accidental. Mueller now has witnesses who say it was an effort to establish confidential communications.

Was this the outgrowth of Russia's help during the campaign? The indictment in December of 13 Russians and three companies documented another aspect of collusion: the Russian campaign to help Trump with covert digital operations.

"Mueller wants to end the debate over whether there was Russian interference in the election," Robert S. Litt, the former general counsel to the director of national intelligence, told the Times. He has. Even CIA director Mike Pompeo, a Trump loyalist, now feels obliged to admit the obvious: Russia sought to swing the 2016 election to Trump.

Except Mueller's case is, by many reports, primarily about obstruction of justice, which is perhaps the most obvious and provable offense. It also has the fringe benefit of strengthening any underlying criminal charges. Why obstruct justice if you're innocent? Whether Trump doesn't understand the law or he doesn't care, he keeps engaging in behavior that lawyers discourage in order to avoid obstruction-of-justice charges.

All of which is why the president wants to get rid of Mueller, and why he can't. The strength of the case and scope of the charges against him has empowered even his allies to defy him or abandon him. Trump is now thwarted at every turn.

In order to get rid of Mueller, Trump needs to get rid of Deputy Attorney General Rod Rosenstein, the only man with the authority to fire the special counsel. Rosenstein says Mueller is doing a swell job. When Mueller indicted the Russians, Rosenstein made the announcement.

I am the editor of JFK Facts (jfkfacts.org), a Web site devoted to accurate information and civil discussion of the causes of the President Kennedy's assassination in 1963 and the power of the secrecy system that endures to this day. I"m also the (more...)
Related Topic(s): Evidence; Impeachment; Mueller Investigation, Add Tags
Add to My Group(s)
Go To Commenting
The views expressed herein are the sole responsibility of the author and do not necessarily reflect those of this website or its editors.

Mueller Has Trump & Co. Pinned Down