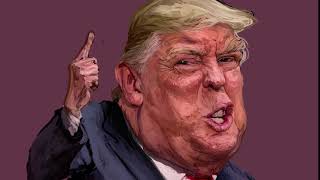 Donald Trump had better lay off Robert Mueller if he wants the GOP faithful not to attack him and try to pull him out of his political game.
(Image by YouTube, Channel: Jordi Minguell Puig)   Details   DMCA

Good governance is a form of power. It serves as an example, and in some cases a beacon, for the rest of the world. It says, "Look at what you can achieve. You can be like us. You should want to be like us." The United States under Donald Trump is not that beacon. Other countries shouldn't want to be like us right now. We don't have good governance in this country. We used to, with a few exceptions, and it didn't matter whether a Democrat or a Republican was in the White House. But Donald Trump is different. He's dangerous.

Since at least the end of World War II, many foreign countries have looked to the United States as an exemplar of honest, corruption-free, and democratic governance. Our economy was consistently strong, our people were well-fed and employed, our medical care was the best in the world, most Americans who wanted a home could buy one, our elections were generally untainted, and we were generous with other countries around the world who were trying to stave off poverty, famine, and war. Yes, many U.S. states had to be dragged kicking and screaming into the civil rights era. But overall, the country moved in the right direction.

For the most part, our foreign policy since World War II had been bipartisan. (We can argue that it was not so bipartisan under Reagan, but that can be the subject of another column.) Both parties supported detente with the Soviet Union, Nixon's opening to China, the Middle East Peace Process, the opening to Russia after the fall of the Berlin Wall, and the international response to the Iraqi invasion of Kuwait, to name a few foreign policy challenges. But that's not the case under Trump.

So far during the Trump administration, the unapologetic draft dodger has relied on the military to dictate foreign policy. It is rarely Secretary of State Rex Tillerson who makes broad foreign policy pronouncements. It is usually Secretary of Defense James Mattis, who is known in Washington as "Mad Dog Mattis" for a reason. It's no surprise, then, that the State Department has been decimated of experienced personnel and that 13 Assistant Secretary of State positions remain vacant.

Furthermore, when confronted over the State Department's emasculation, Trump said that we don't need all those senior officials. "I'm the only one that matters" on foreign policy, he said. Of course, he also sent his utterly inexperienced son-in-law, Jared Kushner, to Israel to negotiate a "really, really great" peace deal between the Israelis and Palestinians, only to later remark, "Who ever thought the peace process was this complicated?" In addition, the White House recently announced the closure of the Palestinian Authority's Washington office, only to later realize the blunder and to make a second announcement that the first announcement had been made by accident. Other countries are watching this. And they are by turns amused and horrified.

Trump further weakened the country by pulling out of the Paris Climate Accords and by appointing a long list of climate change deniers to senior positions in the Environmental Protection Agency, where they can do further damage to the environment they're supposed to be protecting. Even if you don't believe that climate change is caused by humans, how do you intend to influence the debate and the response if you're literally the only country in the world that isn't a signatory? Other countries are watching.

The president consistently works to weaken the independence of the press by calling anything he doesn't like -- or any story that criticizes him -- "fake news." This weakens our very democracy. So many countries around the world do indeed have fake news. Just ask the people of North Korea, Zimbabwe, Iran, Russia, China, and so many other places if they believe the news that they receive. Many don't because it's deliberately slanted. It's meant to propagandize their citizens. But it used to be illegal to propagandize the American people. A free press is all about telling us what the government doesn't want us to know. Having a president who weakens the fourth estate, who weakens freedom of speech and freedom of the press, is dangerous. Remember, other countries are watching.

We now have a president who, at best, pretends that racism isn't a problem in our country and, at worst, is racist. He is, after all, the same person who refers repeatedly to Senator Elizabeth Warren as "Pocahontas" because of Warren's profession of Native Americans among her ancestors. He is the same person who referred to a group of African-Americans visiting the Oval Office as "you people" and who said during the campaign that "laziness is a trait in blacks." Other countries are watching!

I do not intend solely to bash Donald Trump here, although, in my view, he deserves it. Both political parties have weakened our government and our country by their words and actions. When Republican leaders said upon Barack Obama's inauguration that they wanted him to fail, or that they would do what they could to ensure that he failed, that weakened us. Similarly, when Democrats refused to accept the results of the 2016 election and said the same things about Trump, that also weakened us.

When Republicans refused to confirm an Obama Supreme Court nominee because we were "within a year of an election," an outrageous and unprecedented notion, that weakened us. And it also set a dangerous precedent that Democrats undoubtedly will seize upon when they have the opportunity, and they will. This was a breakdown in the democratic process. And other countries saw it.

When our political leaders, both Democrats and Republicans, jump to the defense of men accused convincingly of sexual harassment, or, in some cases, sexual assault, uttering nonsense like "He hasn't admitted to anything," (Trump on Roy Moore) or "He has not yet been given due process," (Nancy Pelosi on John Conyers), it weakens us. Other countries see that we don't protect the rights of victims. We condone sexual violence. We do exactly what their governments do.

Former Egyptian leader Gamal Abdel Nasser famously said, "The genius of you Americans is that you never make clear-cut stupid decisions. You only make complicated stupid decisions, which make the rest of us wonder at the possibility that we might be missing something." The world is not missing anything here. We are indeed making stupid decisions. The country is off the rails. We weaken ourselves and our nation when we say and do stupid things. This is not a partisan issue. It is a patriotic one. The world is watching! Let's act like the leaders that we want the rest of the world to think we are.

Related Topic(s): Democracy; Trump Crime; Trump Cruelty; Trump Ego; Trump Insults, Add Tags
Add to My Group(s)
Go To Commenting
The views expressed herein are the sole responsibility of the author and do not necessarily reflect those of this website or its editors.