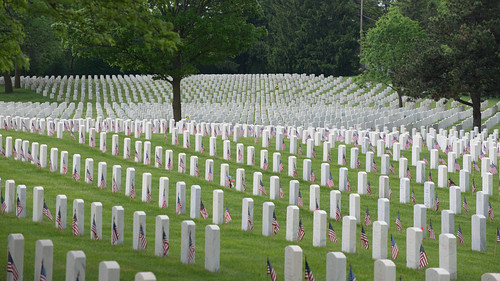 First of all Mourn! Morning the passing of loved ones is of all around importance to our psyche and mental health. It can even preclude expiating any feeling of regret or guilt for not having been able to have prevented the death of a loved one. Mourn, and make one's mourning complete and inclusive so as not to leave any loose ends of self-concern.

On Memorial Day! Mourn US Soldiers Killed in Criminally Dishonorable Wars in Other Peoples' Countries! This is one kind of the completeness in mourning mentioned above and was the title of your peoples historian jay janson's Memorial Day message of last year.

Mourn your loved ones having been deceived by their government and the CIA fed mainstream media into participating in genocidal crimes against humanity. Your jay janson 2016 Memorial Day cautionary was titled Mourn Deceived GIs! "US Foreign Policy Greatest Crime Since WWII" (Ex US Att. Gen. Ramsey Clark)

Mourn, with the original intention of the first Memorial Day after the American Civil War, all the beloved of both sides who lost their lives. Mourn the soldiers who died fighting in their own beloved country against a US invasion during which your beloved lost his or her life, and mourn the collateral deaths and maiming of their precious non-Caucasian children and grandparents. With this aim, your historian wrote against the misuse of mourning by criminal media and saw published in 2015, Memorial Day! Americans Honor Military that Collaterally Slaughtered Millions of Non-Caucasian Children

Now, with that feeling or afterthought in mind which usually follows deep mourning, namely, the urge to do something in the name of, or remembrance of, our deceased beloved, let us consider what might be done or at least thought of as appropriate.

Here is America's last aristocratic, born-in-wealth, insider US president, Franklin Roosevelt, telling us we are on the right track in sourcing war, identifying, exposing, disempowering and eventually prosecuting consorting investment bankers and preventing them from further conspiring to promote mass murder, mass maiming and destruction:

"The real truth of the matter is, as you, and I know, that a financial element in the larger centers has owned the Government ever since the days of Andrew Jackson." - Franklin Delano Roosevelt in a letter to Colonel Edward House, October 34, 1933 (Andrew Jackson was US President during the early 1930s.)

Related Topic(s): Bankers; Criminally Complict; Genocide; Indictments; Memorial Day; Ruling Elites; Wall Street; Weapons, Add Tags
Add to My Group(s)
Go To Commenting
The views expressed herein are the sole responsibility of the author and do not necessarily reflect those of this website or its editors.