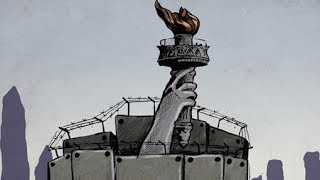 As soon as Virgin Atlantic Airlines introduced a couscous-style salad "inspired by the flavours of Palestine," a controversy ensued. Israel's supporters ignited a social media storm and sent many complaints to the company, obliging the airline to remove the reference to Palestine.

In the Zionist narrative, Palestine does not exist -- nor is it allowed to exist -- even if merely as a cultural conception.

The sad irony is that, while Israel appropriated Palestinian-Arabic couscous (the Palestinian dish, in particular, is known as "maftoul"), branding and marketing it in western countries as "Israeli couscous," its supporters go to every extent possible to erase any reference that may validate Palestinian Arab culture, whether Muslim or Christian.

This is an old habit, an endemic practice that dates back to the destruction of nearly 600 Palestinian villages and localities in 1947-48. Palestinians refer to these earth-shattering events as the "Nakba," or catastrophe. Tellingly, Israel outlaws the use of the term or the commemoration of the tragic event in any way.

From claiming Palestinian Arab culinary culture as their own, to "Judaized" Arabic street names to rewriting history, Israel and its supporters are relentless.

All attempts have failed, until recently.

The 1993 Oslo Accord is a critical juncture that shattered the cohesiveness of Palestinian discourse and weakened and divided the Palestinian people. However, it is not too late to remedy this through decisive and concentrated efforts that overcome the challenge of a Palestinian political viewpoint beholden to self-seeking political aspirations and competing factions.

Essentially, the story of Palestine is the story of the Palestinian people, for they are the victims of oppression and the main channel of Resistance, starting with the creation of Israel on the ruins of Palestinian villages. If Palestinians had not resisted, their story would have concluded right there and then and they, too, would have disappeared.

Those who admonish Palestinian Resistance, armed or otherwise, have little understanding of the psychological ramifications of resistance, such as a sense of collective empowerment and hope amongst the people. In his introduction to Frantz Fanon's "Wretched of the Earth," Jean-Paul Sartre describes violent resistance as a process through which "a man is re-creating himself."

And for seven decades, Palestinians have embarked on this journey of the recreation of the "self." They have resisted, and their resistance in all forms has moulded a sense of collective unity, despite the numerous divisions that have been erected amongst them.

Relentless resistance, a notion now embodied in the very fabric of Palestinian society, denied the oppressor the opportunity to emasculate Palestinians, or to reduce them to helpless victims and hapless refugees. The collective memory of the Palestinian people must focus on what it means to be Palestinian, defining the Palestinian people, what they stand for as a nation, and why they have resisted for years.

A new articulation of the Palestinian narrative is necessary, now more than ever before. The elitist interpretation of Palestine has failed, and is as worthless as the Oslo Accords. It is no more than a tired exercise in empty cliche's, aimed at sustaining American political dominance in Palestine as well as in the rest of the Middle East.

Related Topic(s): Israel; Palestinian; Resistance, Add Tags
Add to My Group(s)
Go To Commenting
The views expressed herein are the sole responsibility of the author and do not necessarily reflect those of this website or its editors.