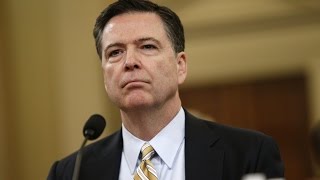 It is no secret that our July 24 VIPS Memorandum for the President, entitled "Was the 'Russian Hack' an Inside Job?" gave rise to some questioning and controversy -- nor was it a surprise that it was met with almost total silence in the mainstream media.

The ongoing U.S. media campaign against Russia has been so effective that otherwise intelligent people have been unable even to entertain the notion that they may have been totally misled by the intelligence community. The last time this happened in 2003, after a year of such propaganda, the U.S. attacked Iraq on fraudulent -- not "mistaken" -- intelligence.

Anticipating resistance from those allergic to rethinking "what everybody knows" about Russian "meddling," we based our VIPS analysis on forensic investigations that, oddly, the FBI had bent over backwards to avoid. In other words, we relied on the principles of physics and the known capability of the Internet in early July 2016.

We stand by our main conclusion that the data from the intrusion of July 5, 2016, into the Democratic National Committee's computers, an intrusion blamed on "Russian hacking," was not a hack but rather a download/copy onto an external storage device by someone with physical access to the DNC.

That principal finding relied heavily on the speed with which the copy took place -- a speed much faster than a hack over the Internet could have achieved at the time -- or, it seems clear, even now. Challenged on that conclusion -- often by those conducting experiments within the confines of a laboratory -- we have conducted and documented additional tests to determine the speeds that can be achieved now, more than a year later.

To remind: We noted in the VIPS memo that on July 5, 2016, a computer directly connected to the DNC server or DNC Local Area Network, copied 1,976 megabytes of data in 87 seconds onto an external storage device. That yields a transfer rate of 22.7 megabytes per second.

Over the last few weeks, we ran three tests to determine how quickly data could be exfiltrated from the U.S. across the Atlantic to Europe.

--First, we used a 100 megabits-per-second (mbps) line to pull data from a one-gigabyte file to Amsterdam. The peak transfer speed was .8 MBps.

None of these attempts achieve anything close to the average rate of 22.7 megabytes per second evident in the July 5, 2016 download/copy associated with the DNC. In fact, this happens to be the speed typical of a transfer to a USB-2 external storage device. We do not think this is pure coincidence; rather, it is additional evidence of a local download.

We are preparing further trans-Atlantic testing over the next few weeks.

Ray McGovern works with Tell the Word, the publishing arm of the ecumenical Church of the Saviour in inner-city Washington. He was an Army infantry/intelligence officer and then a CIA analyst for 27 years, and is now on the Steering Group of Veteran Intelligence Professionals for Sanity (VIPS). His (more...)
Related Topic(s): Computers; HACKED; Intelligence; NSA; Wikileaks, Add Tags
Add to My Group(s)
Go To Commenting
The views expressed herein are the sole responsibility of the author and do not necessarily reflect those of this website or its editors.