Our oversight is "proactive and responsive."

The number of charter schools is growing rapidly. Just three years ago the Los Angeles Unified School District (LAUSD) reported that it was "the largest district charter school authorizer in the nation, with about 250 independent and affiliated charter schools serving over 130,000 students." Today, there are about 320 charter schools being overseen by the district. With the state ignoring the request for a temporary moratorium and the board unwilling to enforce their own, the number of these publicly funded private schools will only increase.

As much as the Charter School Division (CSD) aspires to being "proactive" in its oversight, the fact is that they are overwhelmed by the sheer volume of schools that operate under its jurisdiction. Since the money provided by the state does not cover the full cost of providing proper supervision, the district cannot provide the appropriate staffing to ensure that charters are operating within the bounds of the law. As a result, even a school like Granada Hills Charter High School, which is larger than 86% of all school districts nationwide, does not have one person from the CSD who is dedicated to their oversight. Instead, the designated staff member must split his time between several other schools.

Of course, the situation is made worse by the politicization of the school board. The California Charter School Association spends millions on the elections that choose these representatives, opposing board members who do not pledge total loyalty to the charter industry. Rejecting a total of nine of these schools in a five-year period (including one later raided by the FBI) is enough to get one labeled as "anti-charter" and targeted for elimination. As a result, charter schools were allowed to write the rules that they must follow. When the head of the Charter School Division did not provide total support, the industry worked to get him fired. They were also successful in eliminating the ability of the LAUSD's Inspector General to look into how these schools spent public funds.

This has all contributed to a regulatory environment where charter schools can operate without effective oversight. Because of that, the North Valley Military Institute was able to illegally charge students to attend summer school and to violate the state's labor code without being detected by the district staff. Nor did the district realize that Granada Hills Charter High School had illegally transferred money from a bank account containing funds belonging to their students so that they could pay their teachers on time. The fact that El Camino Charter High School violated the state education code by including a statement in its Enrollment Requirements that it "does not accept shared residences or room rentals" also escaped the district's notice.

Fortunately, there is a way for the LAUSD to add to the number of eyes that are watching over the operations of charter schools. Under the District Required Language (DRL) that all of these private schools must include in their charters is a statement that "The District reserves the right to appoint a single representative to the Charter School governing board pursuant to Education Code section 47604(b)." However, there does not seem to be a mechanism for making these appointments. In fact, it appears that the only time this has been done was in the agreement that allowed El Camino to continue operating after its principal was caught using public funds for his own personal gain.

This would change if the board were to pass the "Community Representation on Charter School Governing Boards" resolution. This would "ensure that an LAUSD representative with full voting rights is placed on the Governing Board of each and every charter school authorized by the district." The LAUSD Board Member for the board district where a charter school operates would have the first opportunity to make this appointment. If they failed to do so, another LAUSD Board Member could make the appointment or a community member could volunteer to serve.

In cases like Granada Hills Charter, this proposed member of their governing board would be the only one whose appointment was not controlled by the school. Instead of being a body that rubber-stamps the desires of the administration with a unanimous vote, there would be someone empowered to ask probing questions and to report irregularities in governance to the district. The Accelerated Schools could not move their meetings beyond the view of the public (in violation of the Brown Act) without having a member of the board present who could report back on what had happened behind closed doors. The Ganas Academy could potentially have someone representing the Catskill Elementary School community as it uses Prop 39 to force its way onto the campus.

Charter schools are funded by the public to the detriment of public-school students. It is about time the public was given a say in how these schools are governed. Will the pro-public school majority on the LAUSD Board step up and make sure that this happens? 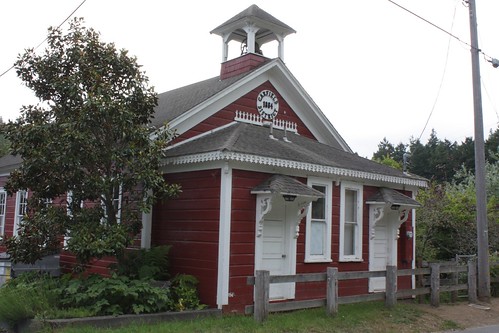