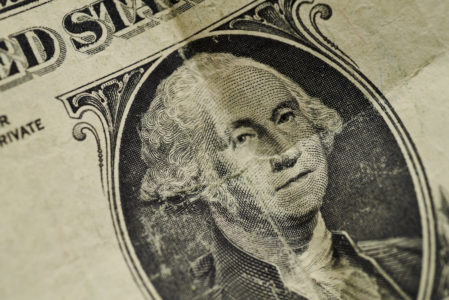 With the coronavirus pandemic wreaking havoc on the global economy, here's how massive corporations are shafting the rest of us in order to secure billions of dollars of taxpayer-funded bailouts.

The airline industry demanded a massive bailout of nearly $60 billion in taxpayer dollars, and ended up securing $50 billion -- half in loans, half in direct grants that don't need to be paid back.

Airlines don't deserve a cent. The five biggest U.S. airlines spent 96 percent of their free cash flow over the last decade buying back shares of their own stock to boost executive bonuses and please wealthy investors..

United was so determined to get its windfall of taxpayer money that it threatened to fire workers if it didn't get its way. Before the Senate bill passed, CEO Oscar Munoz wrote that "if Congress doesn't act on sufficient government support by the end of March, our company will begin to...reduce our payroll..."

Airlines could have renegotiated their debts with their lenders outside court, or file for Chapter 11 bankruptcy protection. They've reorganized under bankruptcy many times before. Either way, they'd keep flying.

The hotel industry says it needs $150 billion. The industry says as many as 4 million workers could lose their jobs in the coming weeks if they don't receive a bailout. Everyone from general managers to housekeepers will be affected. But don't worry, the layoffs won't reach the corporate level.

Hotel chains don't need a bailout. For years, they've been making record profits while underpaying their workers. Marriott, the largest hotel chain in the world, repurchased $2.3 billion of its own stock last year, while raking in nearly $4 billion in profits.

Thankfully, Trump's hotels and businesses, as well as any of his family members' businesses, are barred from receiving anything from the $500 billion corporate bailout money. But the bill is full of loopholes that Trump can exploit to benefit himself and his hotels.

Cruise ships also want to be bailed out, and Trump called them a "prime candidate" to receive a government handout. But they don't deserve it either. The three cruise ship corporations controlling 75 percent of the entire global market are incorporated outside of the United States to avoid paying taxes.

They're floating tax shelters, paying an average U.S. tax rate of just 0.8 percent. Democrats secured key provisions stipulating that companies are only eligible for bailout money if they are incorporated in the United States and have a majority of U.S. employees, so the cruise ship industry likely won't see a dime of relief funding. However, Trump has made it clear he still wants to help them.

The justification I've heard about why all these corporations need to be bailed out is they'll keep workers on their payrolls. But why should we believe big corporations will protect their workers right now?

Even if the bill did provide worker protections, what's going to happen to these corporations' subcontractors and gig workers? What about worker benefits, pensions and health care? How much of this bailout is going to end up in the pockets of executives and big investors?

The record of Big Business isn't comforting. Amazon, one of the richest corporations in the world, which paid almost no taxes last year, is only offering unpaid time off for workers who are sick and just two weeks paid leave for workers who test positive for the virus. Meanwhile, it demands its employees put in mandatory overtime.

Oh, and these corporations made sure they and other companies with more than 500 employees were exempt from the requirement in the first House coronavirus bill that employers provide paid sick leave.

Related Topic(s): Amazon; Bailout Rip-off; Coronavirus; Corporations; Corporations Aviation; Employees; Investors, Add Tags
Add to My Group(s)
Go To Commenting
The views expressed herein are the sole responsibility of the author and do not necessarily reflect those of this website or its editors.