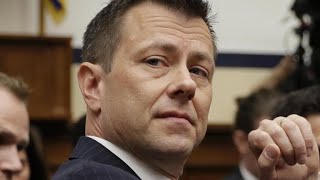 Former FBI attorney Lisa Page has reportedly told a joint committee of the House of Representatives that when FBI counterintelligence official Peter Strzok texted her on May 19, 2017 saying there was "no big there there," he meant there was no evidence of collusion between the Trump campaign and Russia.

It was clearly a bad-luck day for Strzok, when on Friday the 13th this month Page gave her explanation of the text to the House Judiciary and Oversight/Government Reform Committees and in effect threw her lover, Strzok, under the bus.

Strzok's apparent admission to Page about there being "no big there there" was reported on Friday by John Solomon in The Hill based on multiple sources who he said were present during Page's closed door interview.

Strzok's text did not come out of the blue. For the previous 10 months he and his FBI subordinates had been trying every-which-way to ferret out some "there" -- preferably a big "there" -- but had failed miserably. It is appearing more and more likely that there was nothing left for them to do but to make it up out of whole cloth, with the baton then passed to special counsel Robert Mueller.

The "no there there" text came just two days after former FBI Director James Comey succeeded in getting his friend Mueller appointed to investigate the alleged collusion that Strzok was all but certain wasn't there.

Robert Parry, the late founder and editor of Consortium News whom Solomon described to me last year as his model for journalistic courage and professionalism, was already able to discern as early as March 2017 the outlines of what is now Deep State-gate, and, typically, was the first to dare report on its implications.

Parry's article, written two and a half months before Strzok texted the self-incriminating comment to Page on there being "no big there there," is a case study in professional journalism. His very first sentence entirely anticipated Strzok's text: "The hysteria over 'Russia-gate' continues to grow ... but at its core there may be no there there."(Emphasis added.)

As for "witch-hunts," Bob and others at Consortiumnews.com, who didn't succumb to the virulent HWHW (Hillary Would Have Won) virus, and refused to slurp the Kool-Aid offered at the deep Deep State trough, have come close to being burned at the stake -- virtually. Typically, Bob stuck to his guns: he ran an organ (now vestigial in most Establishment publications) that sifted through and digested actual evidence and expelled drivel out the other end.

Those of us following the example set by Bob Parry are still taking a lot of incoming fire -- including from folks on formerly serious -- even progressive -- websites. Nor do we expect a cease-fire now, even with Page's statement (about which, 10 days after her interview, the Establishment media keep a timorous silence). Far too much is at stake.

As Mark Twain put it, "It is easier to fool people than to convince them that they have been fooled." And, as we have seen over the past couple of years, that goes in spades for "Russia-gate." For many of us who have looked into it objectively and written about it dispassionately, we are aware, that on this issue, we are looked upon as being in sync with President Donald Trump.

Blind hatred for the man seems to thwart any acknowledgment that he could ever be right about something -- anything. This brings considerable awkwardness. Chalk it up to the price of pursuing the truth, no matter what bedfellows you end up with.

Courage at The Hill 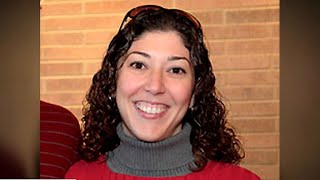 Solomon's article merits a careful read, in toto. Here are the most germane paragraphs:

Ray McGovern works with Tell the Word, the publishing arm of the ecumenical Church of the Saviour in inner-city Washington. He was an Army infantry/intelligence officer and then a CIA analyst for 27 years, and is now on the Steering Group of Veteran Intelligence Professionals for Sanity (VIPS). His (more...)
Related Topic(s): Evidence; Fbi-gate; Intelligence; Investigation; Lisa Page; Media; Removal; Vips, Add Tags
Add to My Group(s)
Go To Commenting
The views expressed herein are the sole responsibility of the author and do not necessarily reflect those of this website or its editors.